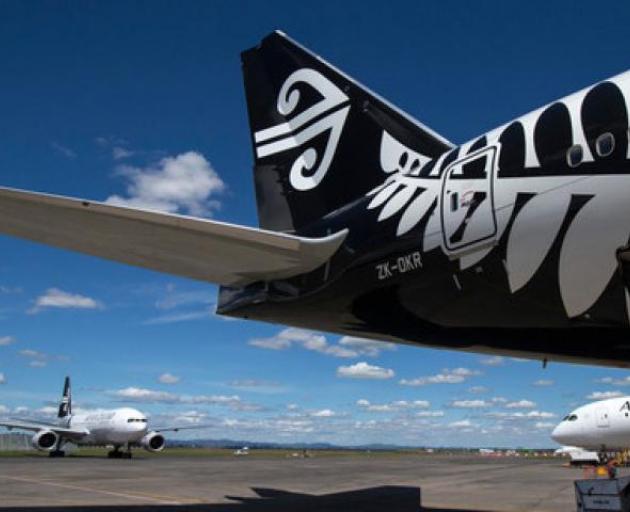 It can be a long day trip for Southlanders travelling north, with flights leaving Invercargill at 6am and returning after 9.30pm.

Southlanders are embracing a new direct jet flight connecting them to Auckland with more than 46,000 seats already sold.

The inaugural Auckland - Invercargill flight was heralded as a game changer last August with hopes the new service would be a boon for the region.

It can be a long day trip for Southlanders travelling north, with flights leaving Invercargill at 6am and returning after 9.30pm.

To attend a meeting in Auckland it previously had to fly north the afternoon before.

"We could get home late the second day so we've got a night away from home, the accommodation costs, food, taxi transfer, all those extra items," Searancke said.

"Now, we can organise our days so that they're full. We can be in Auckland ready for a meeting by 9.30 at the latest, and we can schedule multiples, have an opportunity to catch up, have a dinner, hop on the plane and be home that evening."

Invercargill Licensing Trust marketing and sales manager Angee Shand said many hotels and motels were noticing an increase in tourists.

The trust decided to keep the kitchen at the Speights Ale House open an extra hour to ensure hungry travellers had somewhere to eat.

It was not just about the revenue, it was about creating opportunities, Shand said.

"It was a really simple decision. Speights Ale House is really centrally located in Invercargill. We're hoping that we're offering these visitors a great location, a great meal and just that Southland manaakitanga, our hospitality."

More than 25,000 additional bookings have been made since the inaugural flight, with two thirds of the seats being taken up by Southlanders.

"It's a longer term game for us. We've got to develop infrastructure, products, we've got to enable people to stay longer. And in the meantime, while we do that, because that relies a lot on the private sector, it's just absolutely awesome that we are promoting the region as a great place to live," she said.

"That's probably our bread and butter at this time with tourism being the icing on top.

"We can see that it is a game changer for the region."

Angee Shand hoped patronage would continue to build so that the direct flight stayed in place.

"We've got some really neat things going on here so the buzz around town from these flights is absolutely positive. I would hate to think that we would ever go without (them) again, I know that Air New Zealand has made that lovely commitment to us to say 'look we're going to stay with these flights'. We would very much like to see that happen," she said.

"Now we can hop directly on a plane then in a couple of hours be there. It actually means that you can get to Auckland first thing in the morning, turn around and be back in Invercargill at night."

The flights had made it easier for business people in the North Island and around the world to connect with the smelter, Hamilton said.

But that's not been the only benefit.

"We've got over 1000 employees and contractors on site and I've spoken to numerous team members on site who have used it to connect with international flights from a pleasure perspective so it's absolutely making a difference to our people connecting with travel across the world."

While the flow of people travelling north is strong, Southlanders are confident the direct flight will attract many more tourists to Invercargill in the coming years.

This service will be very handy when the SDHB and NZ health reach their efficiency model and all NZers need to fly to Auckland to treat all and any serious issues.