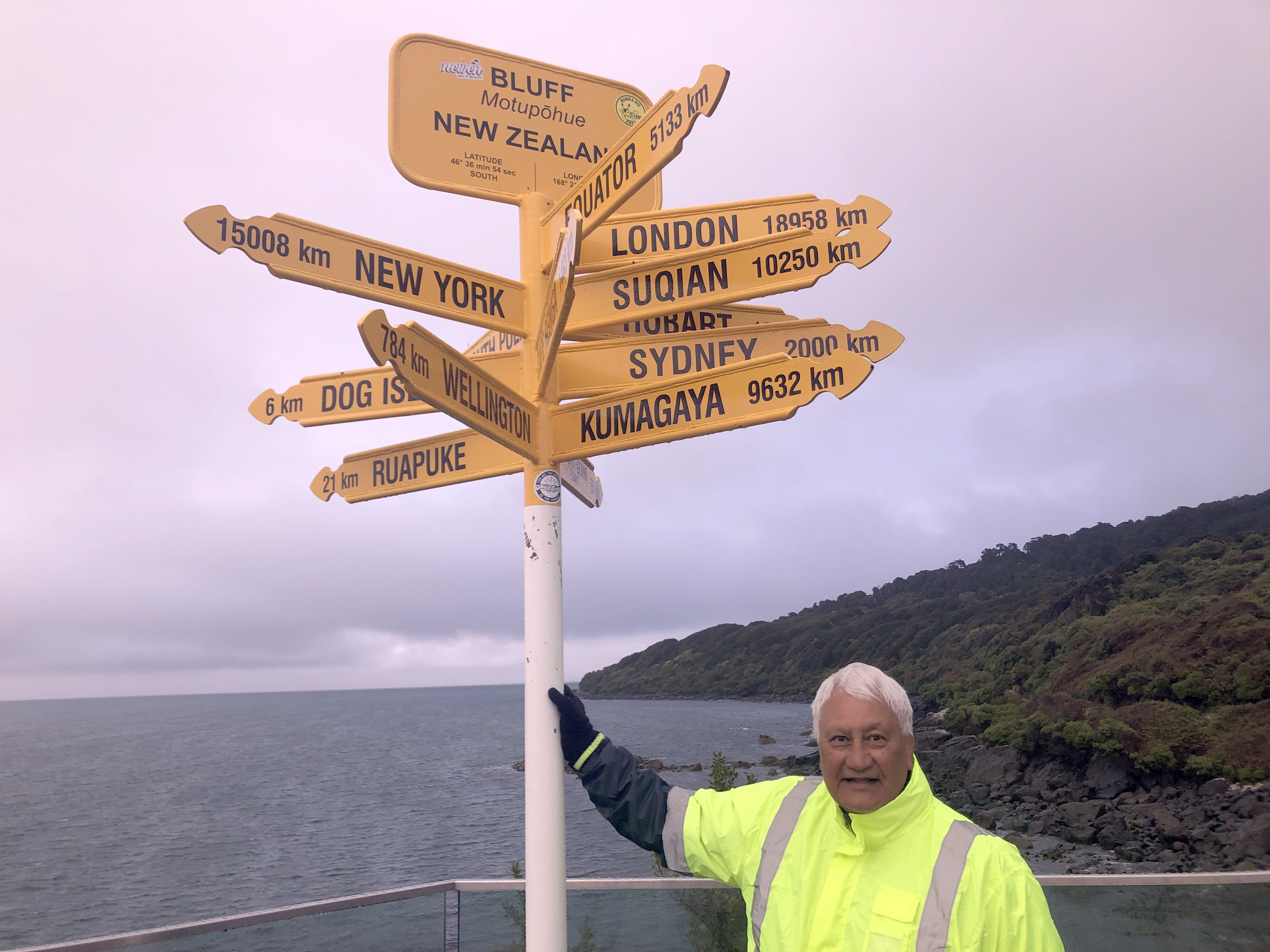 Former politician Nuk Korako yesterday finished a 720km bike ride from Rapaki to Bluff to fundraise for a woman who suffers from a rare health condition.

Not only did he complete the journey, he also helped raise $30,000.

Mr Korako, who was a National list MP from 2014 to 2019, said the idea came after 26-year-old Renee Veal, of Rapaki, was diagnosed with

hypermobile Ehlers-Danlos syndrome (EDS) — a condition which caused chronic pain and affected her mobility, concentration and quality of life.

She needed $90,000 for a full jaw reconstruction and jaw joint replacement operation and Mr Korako decided to help make this happen.

"This is not about me, it is about Renee. She is so young and deserves to have a better quality of life."

Mr Korako started his trip on October 9 and rode about 85km a day on his electric bike, having the support of his wife, Chris, along the way. Rapaki is near Lyttelton where Mr Korako has links.

On his way to Stirling Point, he rode through snow, sun, wind, rain and magpies.

"They [the birds] are nesting at the moment in the trees so when you get close, they can get very territorial.

"I did not realise this would be an issue, but everything worked well in the end," he said, laughing.

The former politician spoke to Ms Veal and said she was pleased with the achievement.

"I spoke with her yesterday [about the $30,000 raised] and she was over the moon. I finished this ride, we raised about a third of the money we need for surgery but still have a lot to do to help her raise the rest of the money."

The kindness of people was the thing that impressed him most, he said.

"People who don’t even know us or Renee have really just sort of got behind us.

"I just want to give a big shout out to all of those who supported this — they’ve just been fantastic."