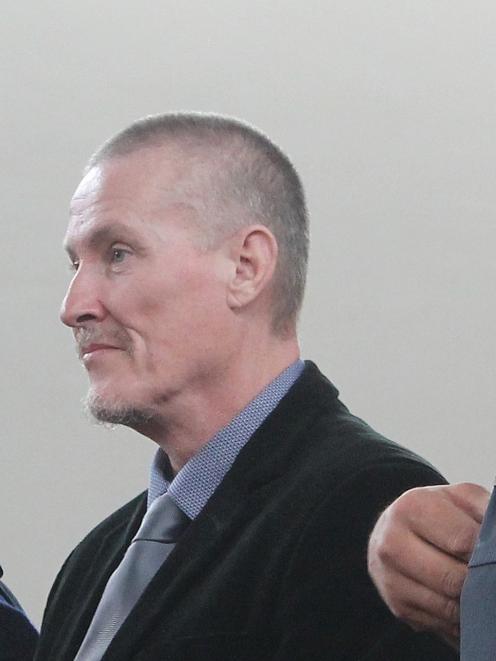 It was incredibly unlikely the strangulation that caused Shirley Reedy’s death was just a matter of seconds.

However, Canterbury District Health Board forensic pathologist Dr Leslie Anderson said it was very hard to determine in strangulation cases exactly how long a strangulation occurred or how much force was used.

Dr Anderson appeared as a Crown witness at the trial in the High Court at Invercargill of Rodney Fallowfield (53) of Balclutha, who is defending the charge of murdering Ms Reedy at the Explorer Motel in Te Anau on May 15 last year.

Fallowfield has admitted he strangled his wife, but says it was never his intention to kill her.

On the fifth day of the trial before Justice Jan-Marie Doogue, Dr Anderson said in her opinion, neck compression was the likely cause of Ms Reedy’s death.

There were three ways in which someone could die of strangulation, she said.

The first was compression of blood vessels in the neck with more than 2kg of force which could take 10-20 seconds.

The second was compression of arteries in the neck which could take many minutes and require about 15kg of force.

The third was a reflex cardiac arrest when direct pressure affected the vagus nerve, causing the heart to stop.

Dr Anderson said Ms Reedy also had bruising to the inside of her right forearm, the left arm around the elbow, the right hand, her jaw, the inside of her left thigh, deep scalp bruising to the back of the head, two fractured thyroid cartilage horns in her neck and petechiae, small tiny pinpoint marks that are caused by pressure on the blood vessels which restricts blood flow.

Mr Donnelly asked Dr Anderson how long it would take for blood vessels to be blocked to cause petechiae.

“It’s not something that is really well known," Dr Anderson replied.

She said it could be less than 15 to 30 seconds or significantly more.

“No-one is completely sure."

Under cross-examination, defence counsel Peter Redpath asked if the two fractures could have occurred with one hand being place and it just moving a little bit.

When asked how a strangulation normally presented, she said the face would look red and congested and there would be a lot of petechia haemorrhaging.

She agreed there was not the same redness and congestion in the face that would typically be found for strangulation.

Dr Anderson was aware of the position Fallowfield was in, straddling the body while sitting on her, when the strangulation took place.

She agreed she could not say exactly when the bruising occurred and that some of it could have happened after Miss Reedy died, when Fallowfield was putting her to bed.

"There’s more bruises here than I would expect typically ... but I can’t say specifically that they weren’t as a result of moving.’’

Under re-examination, Mr Donnelly asked Dr Anderson how long the duration of the event was likely to have been, taking into account all of Ms Reedy’s injuries.

"It would be incredibly unlikely that the force was applied to the neck for a couple of seconds,’’ she said.

"Injuries in the neck and the petechiae, indicates that there has to have been some sort of duration of time for those sorts of things to happen."

The Crown concluded yesterday and the defence case is expected to begin on Monday.