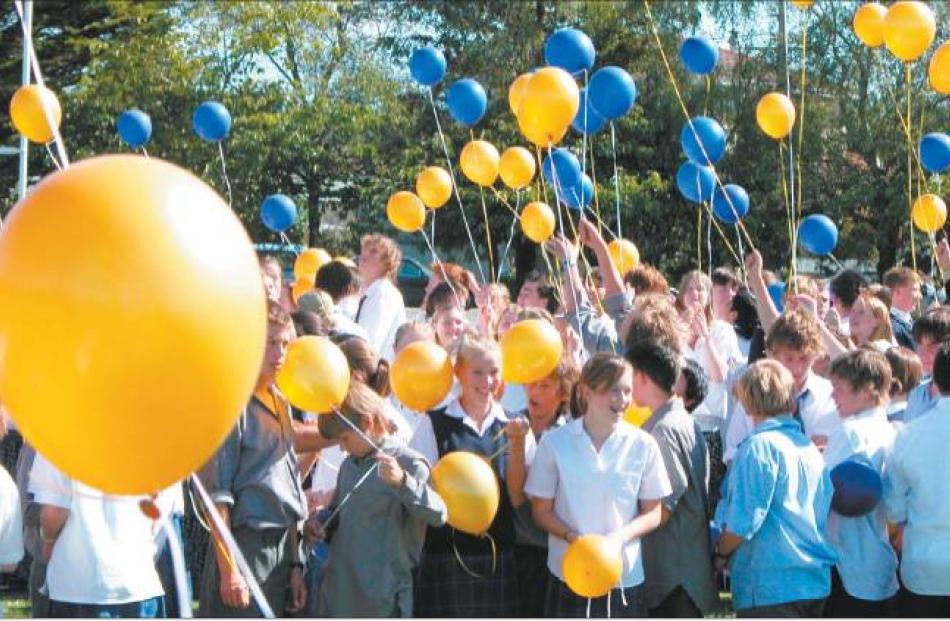 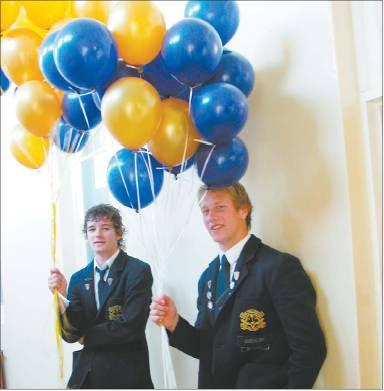 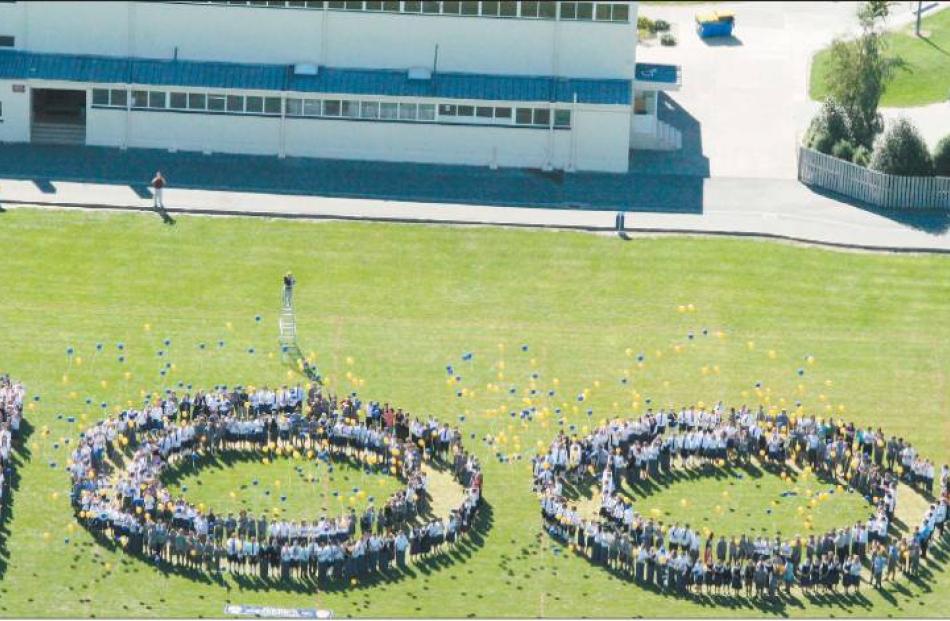 The week before Easter included a myriad of activities at Gore High School as the school's pupils reflected on their heritage of 100 years of education in the district.

The most moving and monumental of the activities was the release of 670 balloons on the last Thursday before Easter, as the school remembered those pupils who had died. Every pupils at the school had a gold or blue balloon to hold for the ceremony.

‘‘It did add up to a lot of balloons,'' deputy principal Jackie Barron said.

‘‘We lost a couple a bit early, but the students were fantastic and very respectful of the event and its meaning.''

The pupils arranged themselves into the number 100 on the grounds and held on to the balloons while a helicopter took aerial photos. The year 13 chemistry class had co-ordinated the blowing up of the balloons. Getting the whole school population - pupils, staff, office staff and some family members - out on to the grounds, in the right shape and with the balloons tightly clasped, took some organising.

Veronica Dawson from Flowers by Veronica supplied the helium, ribbon, balloons and expertise that made the event possible and the school was very grateful for her support.

It was a perfect day for the significant event, and after a minute of silence to remember past pupils, the balloons were released into the sky.

‘‘It was a very magical and special moment and one of the most memorable events in my teaching career,'' said rector Eoin Crosbie.

‘‘It was wonderful to do something that involved the whole school, and I am sure the students will never forget it.''