Te Anau farmer Shane David Gibbons on the Hollyford River. PHOTOS: SUPPLIED
It has been a "lonely" 16 months since Bridget Speight’s partner was killed in a jet-boating accident on the Hollyford River. At her Te Anau home, she tells Otago Daily Times reporter Abbey Palmer she wants more awareness concerning the dangers of alcohol consumption when boating, and a culture change.

Bridget Speight had been with her partner, Shane David Gibbons, for 30 years.

The pair owned and farmed Whare Creek, a sheep, beef and dairy support farm in the Te Anau Basin — land which had been in the Speight family for 100 years.

He was "a lover of life", a loving, kind partner and father of two children, Ms Speight said.

"He was 50 years young, not far away from that stage in life where he could sit back a little bit knowing with great satisfaction how much he had achieved."

As a mother, it "cuts right to [her] core" seeing the emotional pain their children were suffering from the loss of their father.

The 50-year-old was on a Southland farmers’ trip on March 18 last year when the driver of the jet-boat he was in lost control and hit gravel, killing Mr Gibbons and seriously injuring two others.

Yesterday, in the Invercargill District Court, Paul Ernest Turner (42) was sentenced in relation to the crash for breaching the Maritime Transport Act.

More than a year since her partner’s death, Ms Speight said she wanted more awareness raised about the danger of drinking alcohol when operating a jet-boat.

It was also about wanting "the culture" to change, where the two activities seemed to go hand-in-hand, so no-one else would have to experience the pain she had felt after losing someone in a preventable accident.

"It’s happened now, I want to be able to move forward but I don’t want it to happen to another family."

Chief investigator of the report Aaron Holman said the accident was made more likely by a combination of insufficient planning, insufficient daylight; and too much speed and alcohol.

The boat was said to be travelling upstream from McKerrow Island Hut to Lake Alabaster, with four people on board, at a speed of 35kmh-50kmh.

"The commission found it was virtually certain that the accident happened because alcohol consumption impaired the driver’s ability to make good decisions and to operate the jet-boat safely."

It should be at the front of people’s minds, the same as it would when driving, she said.

"People need to take responsibility if they’re taking a boat out. These boats are powerful.

"It’s just like a car, you have a sober driver, or you wait until you get somewhere [before you drink]." 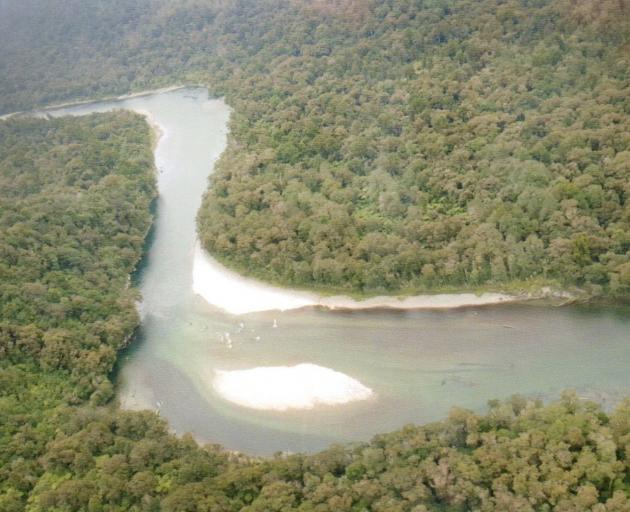 The site of the jet-boat accident on the Hollyford River.
In addition to raising awareness, the legislation needed to play a role in deterring people from drinking and operating a boat, and holding them accountable for their actions.

While there is no legal maximum for alcohol limits for recreational boating, section 65 of the Maritime Transport Act 1994 clearly prohibits the operation of a maritime vessel in a dangerous manner.

The Act states police are able to prosecute impaired maritime users if they are acting in a careless or dangerous manner.

The maximum penalty for an individual is a fine of $10,000 or less, or a maximum of 12 months’ imprisonment.

Ms Speight said until after the accident, she was unaware there was no specific law about drink-driving when operating a maritime vessel.

"It’s like a road accident except the car is a boat and the road is the river.

"There is a culture around jet-boating and drinking and it needs to be spoken about."

She said it was too late for a legislation change for her or her family, she but hoped a change of law would protect others from the grief she had suffered.

Maritime New Zealand was unable to comment on the number of jet-boat fatalities in Southland in the past five years, and an Official Information Act disclosure was requested .

"Generally, if we do suspect someone being quite intoxicated when they’re in control of a recreational vessel, we notify the police."

While preventive work on the ground was key, the legislation to support it was missing, he said.

"There’s a growing concern around the issue and the Ministry of Transport need to change the legislation."

Yesterday, an Environment Southland spokeswoman confirmed the view remained the same, and it would continue "pushing for" the legislation change.

It would now be up to Government to act.