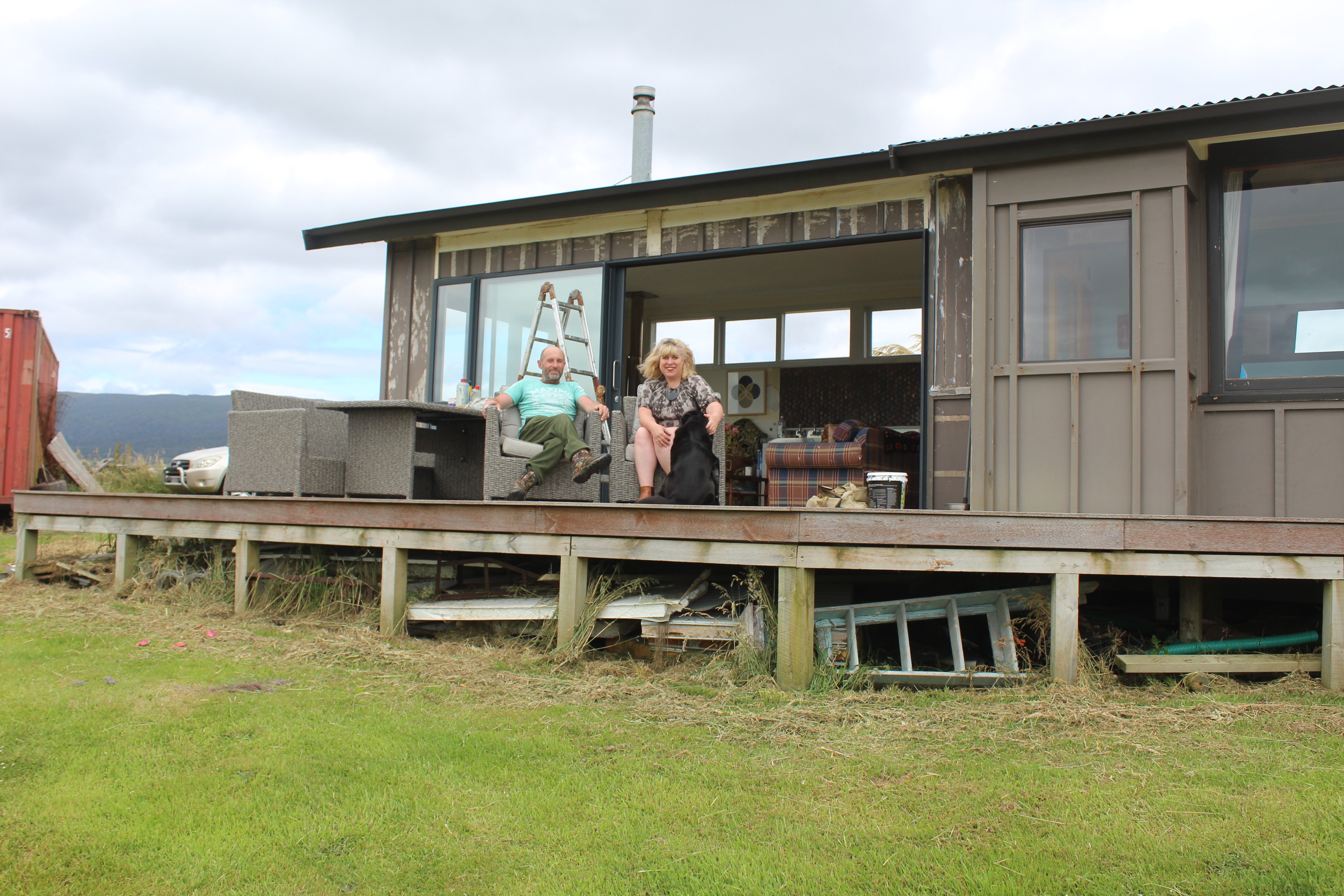 Mark and Andrea Sexton, of Invercargill, are working to complete the renovations at their Orepuki home over two years. PHOTO: VALU MAKA
An Invercargill couple are transforming a former dental clinic into a homestead at Orepuki.

Mark and Andrea Sexton bought the health centre seven years ago when housing prices were affordable, they said.

They estimated the total cost of the homestead makeover would be about $200,000.

"That is nothing for what we got [the home for] and we can’t afford to do this anywhere else in New Zealand.

"It was almost like destiny that everything worked out," Mrs Sexton said.

The clinic was shifted by Scobies Transport about 10 years ago.

Parts of the old health centre which were still intact included the waiting room, the bathroom and the dental office.

The pair had also imported a smoko room from Christchurch to add as an extension to the home which was now the master bedroom.

"Everything we have done is to emphasise the view where you can see out to Gemstone Beach and Hump Ridge."

Some of the details within the home incorporated sentimental items.

His father, Kevin, was an Invercargill businessman and owned music shops in Dunedin, Gore and Invercargill.

The home’s timber frame was of rimu which was good for the weather conditions in the area, Mr Sexton said.

"The strong wood frame makes the house solid, which is perfect for the winds in Orepuki."

They hoped to complete their renovations in the next two years and were focused on building a garage to host some of Mrs Sexton’s art workshops.