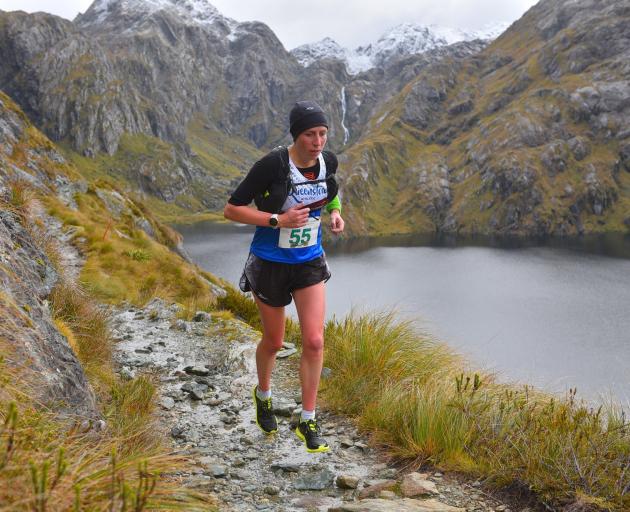 An advertisement placed by Doc said the current concession — held by Evan McWhirter’s company, Pace Contracting, for the past 20 years — had expired.

Doc has subsequently implemented a section under the Conservation Act over the track to "develop a process to manage future concession opportunities".

Any event proposal to Doc has to be on foot and must take place in April and have the capacity for 350 entrants.

Mr McWhirter’s Routeburn Classic is a 32km trail-running race along the Fiordland National Park track, and is held every April, weather permitting, with a maximum entry field of 350.

He said he started working on renewing his most recent 10-year concession with Doc about two years ago, and had only recently learnt his concession was now up for grabs.

"There’s basically been a pen move in the darkness during my 10-year concession and ... somebody’s just decided, come the end of this concession, my business is going to be open for anybody [to take].

"In the early days, I’d get a concession with six weeks to go, so we were always operating at a loss — you’d just send a letter out to the database and you’d only get 50 or 60 entries.

"But the passion was there and the enthusiasm ...

"I’m very interested in running and love the outdoors ... so I just poured my heart and soul into it, and here we are at this stage, where I get to apply for the right to continue my own business.

"Where there’s blood in the water there’s going to be sharks."

Mr McWhirter said he was going through the expressions of interest process, which would close next Friday, but it was "a bit of an embarrassment I have to, really".

He was also putting pressure on Doc to find out when a final decision might be made.

Entries open for the 2022 event in February.

Because there was "only one opportunity of this type at this location permitted under the Mt Aspiring National Park Management Plan, it was identified as a limited-supply concession".

Mr Butt said the plan was "clear" on how limited opportunities were to be managed — a "fair and equitable method of allocation" would be used, identified through a concession process.

"The current holder is aware of this requirement and we have been in regular contact with them in the six to 12 months leading up to the EOI [expression of interest] going out," he said.

If you hold a running event on public roads you must apply for consent each year therefore this is not a surprise.