By Cass Marrett
0 Comments
The Department of Conservation could take inspiration from managed isolation and quarantine as it explores ways to improve the booking system for the Great Walks.

Bookings for popular Fiordland Great Walks opened this week, with the Milford Track selling out in three minutes — a record time.

On Tuesday 7480 spots on the Milford Track sold out and there were 6000 users online when bookings opened at 9.30am. All bunk nights on the track sold out in under 14 minutes,

Bookings for the Routeburn Track, which opened Wednesday were not in as high a demand but within an hour, peak months — February, March and April — were sold out.

As of yesterday afternoon the Lake Mackenzie and Routeburn Falls huts were close to capacity, about 98% and 95% booked for the season respectively.

The Routeburn Flats hut was about 45% booked.

On both tracks, about 80% of bookings went to Kiwis, and 20% to international visitors.

Several trampers posted on social media to express their disappointment at missing out on the Milford Track. 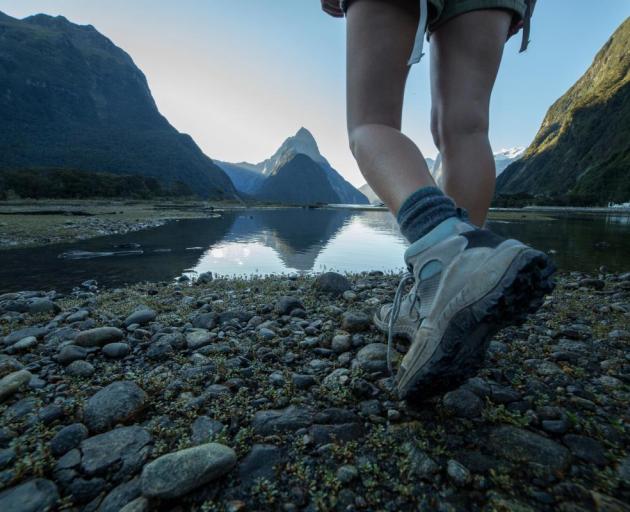 The Milford Track faced unprecedented demand this year. Photo: Getty Images
Auckland man, Keith Mitchell, who said he had been trying to book a spot on the Milford Track for five years, suggested it was time to rethink the booking system.

"Surely a queue with names carried forward or a lottery system might be better," he said.

"Kiwis are really keen to get out there and enjoy the wilderness," he said.

"Part of [the demand] is overseas travel being less accessible ... part of it is they’re just incredibly beautiful walks ... and people are realising that."

Mr Shearer said the booking system was "powerful" but Doc was in discussions about improving the system.

"Maybe like the MIQ system where you went into a lobby or something, or went into a queue, we could look at something like that.

"But it doesn’t really change the system, there’s still going to be those that are quick on their fingers," Mr Shearer said.

He encouraged trampers to explore the nine other Great Walks available and said if bookings were unavailable for huts, there might still be campsites available.

The Great Walks season celebrated its 30th anniversary this year.