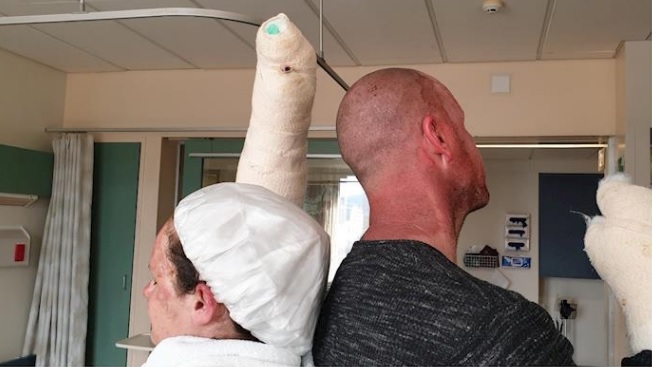 A Givealittle page names the pair as "Becky B" and "Sam J". Photo: Givealittle
An explanation given for an Invercargill explosion which left two people badly burned has been rubbished by a fire investigator and police are not ruling out criminal charges.

Emergency services rushed to a Rothesay Pl house last Wednesday after a butane gas bottle exploded and a fire broke out.

A 28-year-old man and a 27-year-old woman were taken to Southland Hospital and then on to Dunedin Hospital to be treated for their burns. They have since been released from hospital.

Police announced yesterday they were not ruling out laying criminal charges over the incident, but would not comment further until their investigation was completed.

Invercargill fire investigator Murray Milne-Maresca, who was sent to examine the scene, strongly disputed a claim from the father of the woman burned about the cause of the explosion.

Lyall Bower told The Southland Times the explosion occurred as his daughter and her partner were smoking cigarettes in the laundry when a butane gas bottle fell off a shelf.

Mr Milne-Maresca said this version of events did not stack up.

"Butane cans have a double safety mechanism and when they drop, they do not explode." 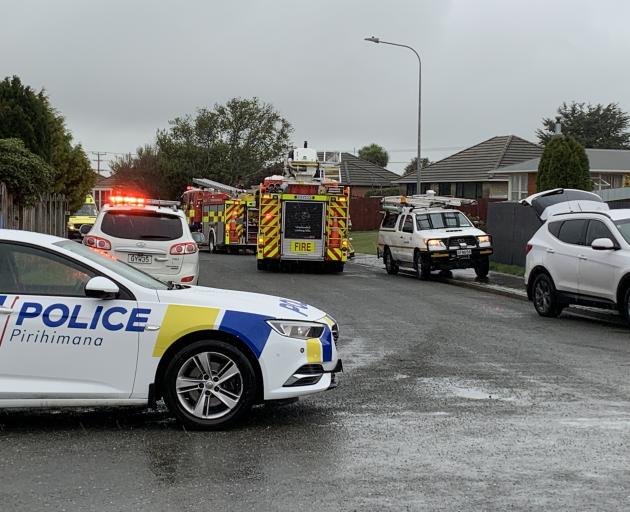 Emergency services at the scene of the explosion in Invercargill. Photo: Abbey Palmer

As a specialist fire investigator, he was qualified to investigate fires involving any hazardous substances or explosions.

"This could not happen unless the can is punctured or leaking and it comes into contact with a naked flame."

As part of his investigation, he tested his hypothesis by dropping butane gas bottles from 3m and 6m heights on to concrete — they did not explode.

While the cause and determination of the incident would be released by police, who were the lead agency on the case, he was "100% confident" it was not a result of the bottle hitting the ground.

"There is no way that gas bottle exploded from falling."

Asked if he stood by his explanation for the cause of the explosion, Mr Bower told the Otago Daily Times that was what he "was told".

A Givealittle page, which names the pair as "Becky B" and "Sam J", has been set up by Anna Cannon, mother of the male victim.

In a statement on the page, she said the couple had suffered serious burns to their arms and faces.

Money raised would help them replace items they lost in the fire as they "do not have insurance".