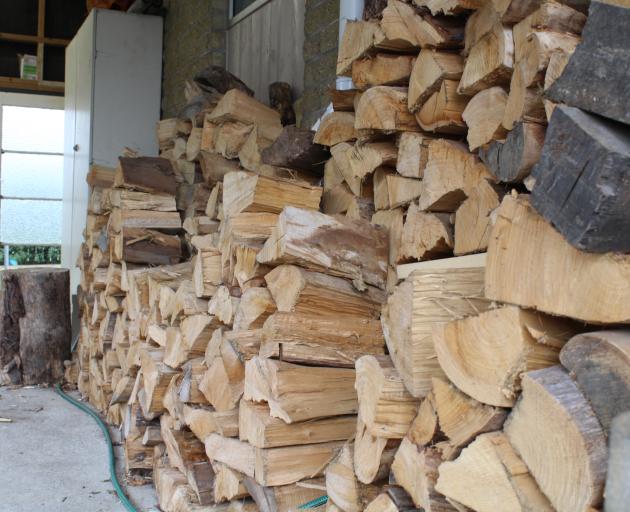 Southland residents are being advised by police to secure their property after firewood thefts in the region. PHOTO: LAURA SMITH
Several thefts of firewood in Southland have prompted police to advise that people take a "common sense" approach to securing their property.

Riverton police constable Dave Mclardy confirmed there had been more than one instance of firewood being stolen in the area. "There has been and always is a few incidents like these at this time of year".

Thornbury resident Neville Hancox, who lives next to the Thornbury Bowling Club, said firewood had been stolen from the club at least twice, most recently last week.

He said while no great quantity was stolen - one or two car boot-loads - there was a principle involved.

Tuatapere resident Clayton Roe sells firewood and said some of his customers had had wood stolen recently.

"I'm not a rich man and live week to week, but I would give people some wood rather than have them go out and steal it."

He believed the wood was not being taken to sell.

"They're not stealing to sell it. I think it's a necessity ... they've probably got a cold house and cold kids."

It was hard to find wood at this time of year, he said, and even harder to find good, dry wood.

"You can't just go into the forest and cut trees - it's just not that easy these days."

Riverton resident Wayne Hill said he had heard about thefts in the area and had bought his son a lock for his garage as a precaution after he bought firewood.