To help voters make informed decisions in the 2019 elections, we ask candidates who they are, what they stand for and how they would handle the big issues facing their district. Today, Luisa Girao puts the questions to Invercargill City mayoral candidate Darren Ludlow. 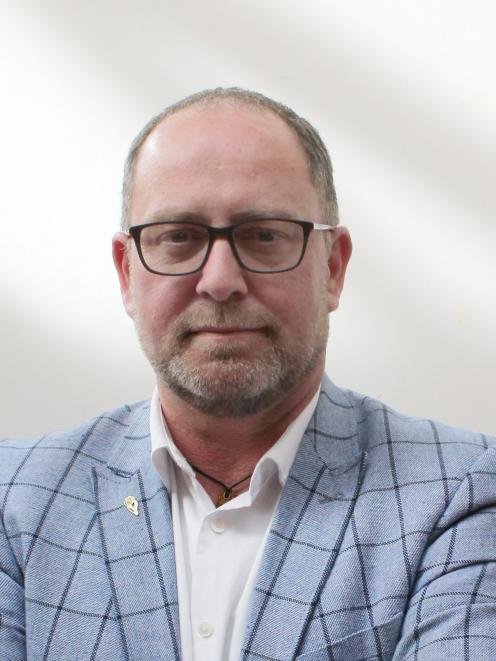 Mr Ludlow says it is time for someone who can take up the role full-time.

After years thinking about standing for the role and being the highest polling city councillor at the last four local body elections, he decided it was the right time to go for it.

Married for 18 years and the father of two boys, he says the only thing that could take him away from a council meeting was his family - which would always be his priority.

Because I think it is time for a change. Tim has been mayor since 1998 and the world has changed significantly since then. Tim has been a tremendous asset but times have changed and he hasn't always necessarily changed with them. And it is just about offering a different style of leadership that is more present.

What are the key challenges the council will face next year?

There is so much happening at the moment. You have the city block development, the museum and art gallery needing to redevelop, the rugby park that needs to have some work towards it, the water tower ... So these are big projects and costs a lot of money - and this is on the top of the normal thing that we have to do.

We need to pause and make sure that we are doing these big projects right, because we did not always do right in the past. Inside, council needs to look at how it behaves, because at the moment it is quite fractured.

There are some, unfortunately, unhealthy relationships and rescuing that is not going to be a quick or an easy fix for who will be in charge. But you have got to start setting a tone.

This is a problem everywhere. What's council's role in it? Council can play a role in making sure that it is easier for houses to get built and easier to make social housing available, but that's all.

Social housing is a central government issue, not ours. It is not about throwing money in housing, it is about how can we help? There are spaces to build accommodation and we actually need to look at urban infill, looking to the sections available within the city, rather than building new ones out of it. That way we can make use of the existing infrastructure.

What do you think the previous mayor has done right and what would you do differently?

Tim has helped us to develop a profile because he is an icon. That helped us get media attention and for a while this was quite useful. But sometimes the media he has attracted has not been positive. What we need now is someone who is actually there to do the job, not constantly away doing publicity.

When I was his deputy [mayor], I thought it was difficult to find time to have a meeting with him. I will be here more and more actively involved in things than Tim.

I want to see the city block development under way successfully and that a new museum is planned and the construction started. The same with the art gallery.

That people are happy in the main, but also that council works together. You don't want 13 people thinking the same, you need people having different points of view. But it is about how to disagree and, at the moment, when we disagree with each other it is not being done respectfully. We need to adjust the council behaviour.