By Abbey Palmer
0 Comments
Southland firefighters did a "sterling job" of protecting parts of a Mataura house on the verge of being wiped out, fire investigator Mark Bredenbeck says.

The Dunedin investigator’s praise for his fellow staff followed a callout to a Forth St property that caught fire about 4am yesterday.

"The boys and girls of the brigade did a sterling job protecting some of the items and areas in the house that will now be salvageable."

Mataura Chief Fire Officer Neil Rogan said emergency services were called to the Southland property after a neighbour woke to the smell of smoke.

Two fire crews from Mataura were called to the scene and found the house “well involved" with fire from "end to end".

A further two crews from Gore were called to assist at the house, which was "unoccupied at the time".

Another neighbour, who lived opposite the fire-stricken house, said he woke to the sound of sirens speeding towards his street.

When he opened his front door, he was shocked to find "the whole back" of the neighbouring house up in flames.

New to the area, he did not know who lived at the property. 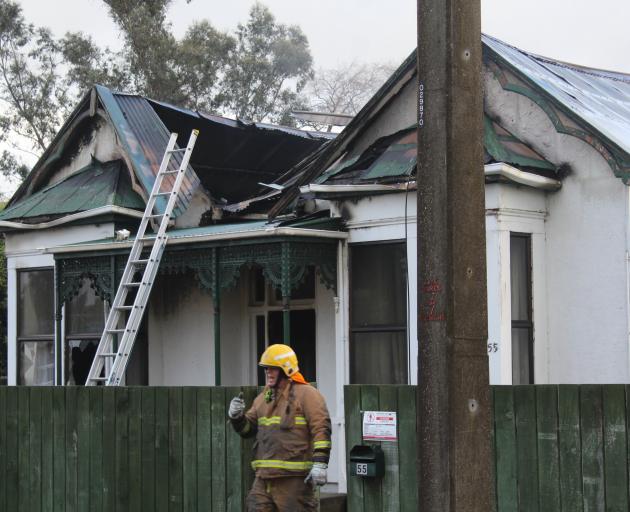 Fire crews from Mataura and Gore rushed to a house fire in Forth St, Mataura, about 4am yesterday. PHOTO: ABBEY PALMER

"The fire brigade was here really quick; in under 30 minutes they had it pretty under control."

Mr Rogan said crews were still attending to “hot spots" in the house about 10am yesterday.

“We’ll be here for quite a bit of time just dampening down areas.

“It’s been badly damaged. We’re still trying to piece together what the house looked like."

Yesterday afternoon, Mr Bredenbeck said he had not yet determined the cause of the fire, and might not be able to find one.

However, it was not being treated as suspicious.

"It started at the rear of the house where the kitchen and laundry was ... it may have been due to an electrical fault.

Fire crews had done well to isolate the fire to certain areas, he said.

"While the rest of the house has fire and water damage, the major fire damage was contained, thanks to their efforts."