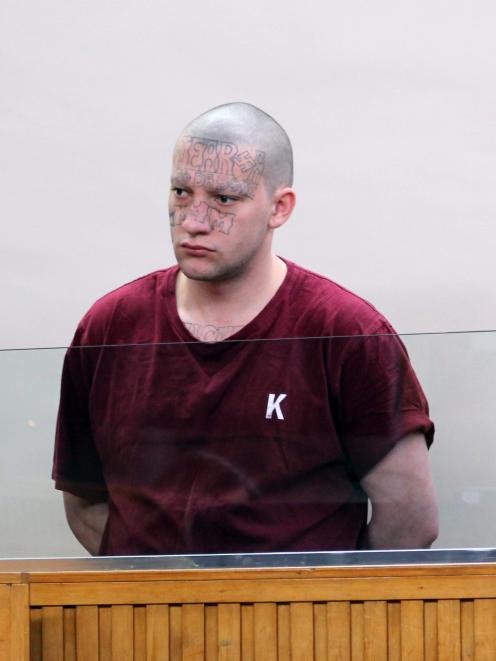 Hori Gemmell
The man who stole a police car and pistols in Gore last year will remain in prison for at least another year after he was denied parole.

Hori Irimana Gemmell (25), was sentenced to three years and one month in prison by Judge Bernadette Farnan in March after he stole a patrol car and two police Glock pistols and then rammed another police car in Gore last year.

Gemmell previously pleaded guilty to unlawfully taking a vehicle, two counts of unlawfully being in possession of a pistol, unlawfully possessing ammunition in public, two charges of theft from a car, and reckless driving.

In August, he had three months added to his jail term after assaulting a fellow prisoner at the Invercargill Men's Prison.

The police summary of facts said the incident at the prison occurred on January 17.

At the time of the incident, Gemmell and the victim were at North Yard Three of the prison, watching other inmates play touch rugby.

"In an unprovoked attack, the defendant kicked the victim in the head using his right foot."

Gemmell threw several punches and kicks and stopped only when he noticed Corrections officers through the glass visor of the entry door.

The victim received a couple of cuts in his mouth.

He appeared before the Parole Board on October 16, where panel convenor Martha Coleman said he was not in a position to be paroled.

"So far on this sentence there has been a number of misconducts and incidents which has seen his security classification at high."

Ms Coleman said he had a lengthy criminal history, and had offended every year since he was 17 years of age.

"He has received 25 sentences of imprisonment and has a history of non-compliance."

However, she said that recently there had been a change in attitude demonstrated by Mr Gemmell.

"He has realised that he needs to buck up his ideas and behave so that he can undertake rehabilitation and get out back into the community and be a father to his two children."

He will be seen by the parole board again in November next year.