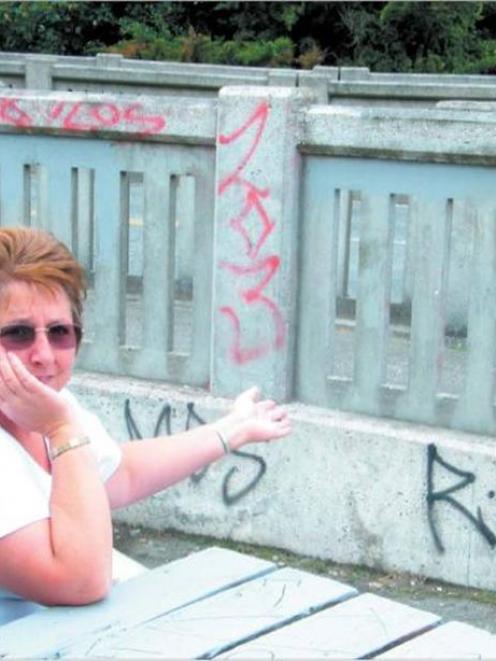 The Mataura Community Board has invited representatives from local organisations including police, secondary school guidance counsellors, schools, iwi and The Mataura Youth Trust to the meeting to be held next Wednesday.

Board chairman Bill Lee said the aim of the meeting was to discuss ideas which might help alleviate problems associated with the drinking culture adopted by some of the town's young people.

Teenagers had traditionally congregated at the town's bridge where they often drank alcohol, but now many had found alternatives including along the river bank near the bridge, Mr Lee said.

‘‘And it's not just beer they are drinking,'' Mr Lee said. Underage teens were also consuming pre-mixes which included spirits, he said.

‘‘People are concerned about the drinking culture of the young people,'' he said.

While Mr Lee did not think the problem was any greater than any other small town was experiencing, he believed solutions needed to be found.

Mataura Taskforce chairwoman Laurel Turnbull said she had been approached by residents who were concerned about the teenage drinking problem and its effects, such as broken glass and graffiti, which defaced areas of the town including the bridge.

‘‘The underage drinking has to be addressed - people have just had enough,'' Mrs Turnbull said.

Mrs Turnbull had reports of teenagers as young as 13 consuming alcohol on Friday and Saturday nights, she said. ‘‘The question is: where are the parents of these kids?'' she said.

There had also been reports of people feeling intimidated by groups of teenagers.

A man biking to work through Bridge St early in the morning was accosted by a group of teenagers who were abusive, Mrs Turnbull said.

Neither Mr Lee nor Mrs Turnbull knew who supplied the underage drinkers with alcohol.

‘‘It's obvious someone has to be supplying them with it,'' Mrs Turnbull said.

The problem is heightened in the summer when it is warmer and the teenagers congregate outside. ‘It's not so bad in the winter - it's too cold for them,'' she said.

‘‘This [the meeting] is a first step, [in addressing the problem],'' Mrs Turnbull said.

Any suggestions would be welcomed, she said.


However, he agreed the community did need to address concerns.

Mr Edwards believed the parents of teenagers involved in underage drinking needed to be involved in finding solutions to the problems.

The population of Mataura had changed and it was becoming more transient, Mr Edwards said.

While there was an alcohol ban in place in Bridge St, it did not seem to deter young people from drinking near the bridge, he said.
There were security cameras in place. However, it was difficult to identify people if they were wearing hoodies, he said.

Constable Leigh Waddell, of Mataura Police, said there was a problem with teenagers, from age 14 onwards, congregating in Bridge St late at night.

Alternatively, they might be placed in CYF's care, Const Waddell said. Police intend to take a harder line with young people drinking in Bridge St.
Those caught consuming alcohol might be served with a bylaw infringement notice, she said.

Const Waddell urged residents to report incidents of underage drinking, graffiti or any other concerns to police, either by phone or by visiting the station.