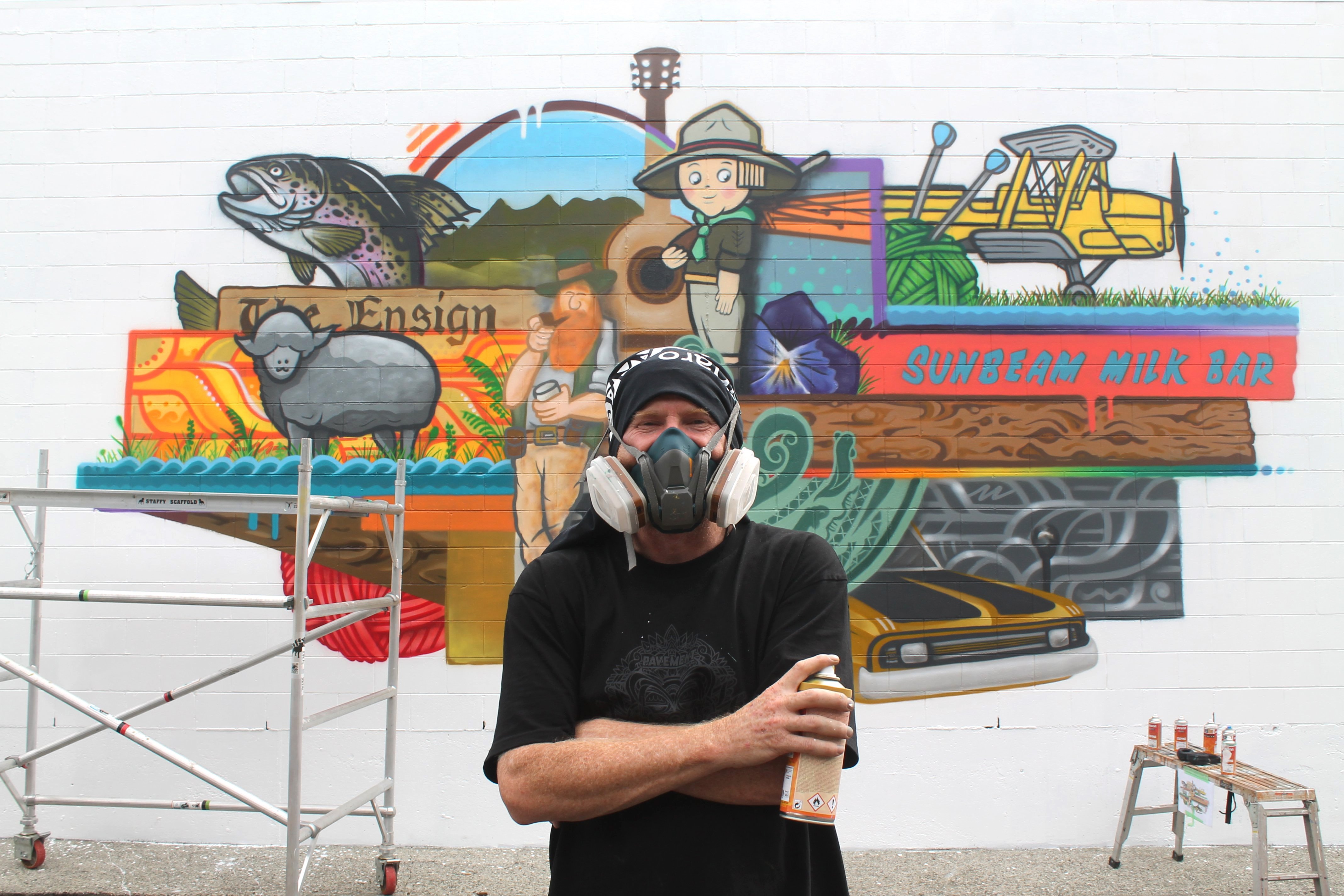 Artist Sean Duffell takes a quick break while apply the finishing touches to his Tower Lane mural in Gore on Friday. PHOTO: FIONA ELLIS
As a teenager sitting in class at Gore High School in the 1990s, Sean Duffell would have been surprised to learn where his career would take him.

The Blenheim artist, who came to mural painting by way of graffiti, returned to his roots last week to paint a mural for the Gore District Council.

His creative work had taken him around the world.

"[I have] painted the Berlin Wall and working with Kathmandu clothing took me to Base Camp on Mt Everest," Duffell said.

His latest creation, painted in Tower Lane in Gore, depicts a trout, a sheep and a guitar, as well as Sergeant Dan, the Creamoata Man.

"Most residents can relate to something in this mural as it all pertains specifically to the region," he said.

He spray-painted the piece freehand, with the exception of the guitar strings, which were stencilled in, he said.

The mural was one of 10 commissioned by the council for its Streets Alive project.

The murals mark the start of the project’s trial phase.

Other changes set to take place later this month include the installation of 440 concrete planters, 45 courtesy crossings and seven roundabouts.

Changes will last for three months but could become permanent if they prove popular with the public.

"For so long [the] streets have been thoroughfares," he said.

An official project launch had been scheduled to take place yesterday but was cancelled after Covid-19 Alert Level 2 was announced.