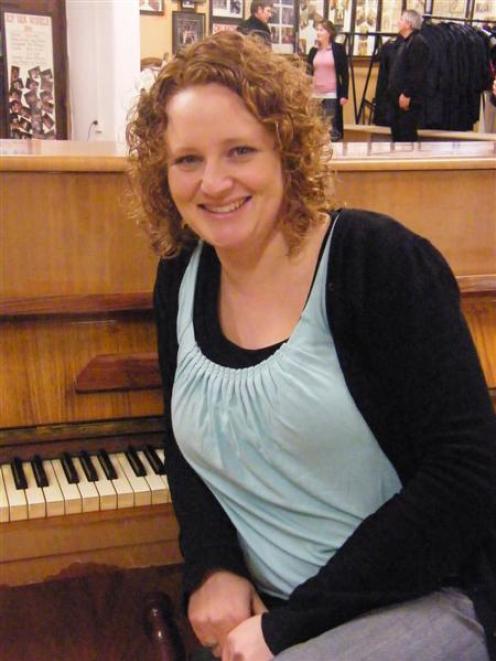 The popular musical has attracted more than one new face to the stage, the part of Jesus also went to a novice - Dave Turipa, of Gore.

‘‘This is my first go at everything. I've only sung in church,'' Mrs Redhead said.

She admitted to being ‘‘petrified'' at the auditions, but said it was something she had always wanted to do.

‘‘Marty said I'll say yes [to the sound production job] if you audition,'' she said.

As the time neared for the auditions Mrs Redhead began to think it might not be such a good idea.

However, she kept her end of the bargain and since landing the part has never regretted her decision.

Like other cast members, Mrs Redhead benefitted greatly from a workshop tutored by Dunedin-based vocal coach Judy Bellingham, she said.

The level of talent involved in the show had also amazed Mrs Redhead.

However, landing one of the lead parts in the show was not the only surprise in store for the couple.

‘‘Just after I got the part I found out I was pregnant,'' she said.

Mrs Redhead will be seven months pregnant when the show is staged.

‘‘It's definitely going to be a musical baby,'' Mrs Redhead said.

When asked what the appeal of the show was she said people were familiar with the story line and the songs were well-known.

As well as thoroughly enjoying the experience of acting and singing Mrs Redhead has made new friends.
Rehearsals were going extremely well and all should be perfected by the time the show aired at the beginning of August, she said.