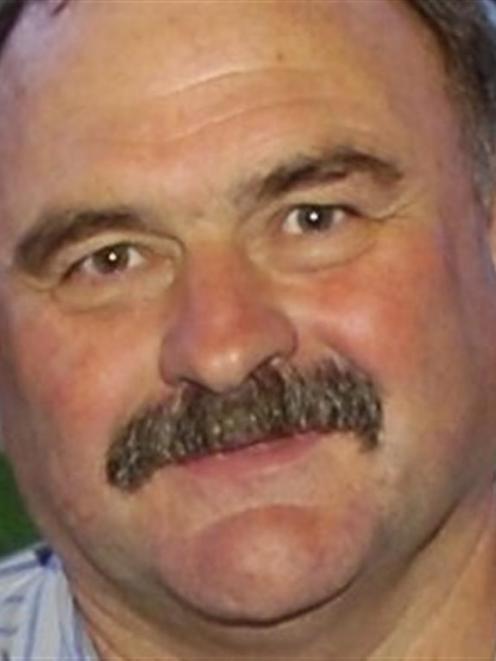 Richard Bunton.
Partial eyesight loss in some ophthalmology patients at Southland Hospital has been blamed on a lack of available appointments in a department "overwhelmed'' by patients.

Four of the patients had received Avastin injections for macular degeneration.

They did not receive adequate follow-up treatment and assessment.

It was not known to what extent the shortcomings contributed to their eyesight loss.

For two other, younger patients, the shortcomings in care had "much more serious implications'', Mr Bunton said.

"There's no denying that it's a serious situation.

"The staff that were there were just overwhelmed with numbers.''

He did not know the patients' ages, but said they could be in their 30s.

An Official Information Act response shows one patient lost sight in one eye, and the other had reduced sight in both eyes.

He could not talk about what happened until two investigations being conducted by an external reviewer were complete.

"Until I get the [reports], I don't know ... apart from the fact they didn't get adequate follow-up.

"They are people who have got a disability in the first place, so the object of treatment is to stop that disability progressing.''

In its OIA response, the board acknowledges the sight loss in the younger patients might have been prevented if their care had been adequate.

One had glaucoma, and the other had diabetic retinopathy.

The four older patients were referred to as a "cluster'' in the 2014-15 serious adverse event report released by the DHB earlier this month as part of national reporting.

The patients suffered vision loss after delays in treatment when too few appointments were available, the report said.

"Team members elevated issues to managers, but there was an acceptance that because of resource constraints improvements would be difficult,'' the report said.

The two younger patients' issues were in the current financial year, so they were not in the report.

Asked how he felt about the situation, Mr Bunton said: "What do you think the answer to that would be?‘‘What am I supposed to say - ‘no I don't care'? It's like asking someone who's just lost [the] Wimbledon final how do they feel.''

Extra staffing, including locum and administrative support, had been added to help the department.

It took up to a year to recruit a permanent consultant, and a third ophthalmologist was being recruited.

Mr Bunton said the Avastin patients' ages ranged from the late 60s to 90s. Treating macular degeneration with injections of the drug had taken off "like wildfire'' around New Zealand, putting pressure on many ophthalmology departments.

Southland's ophthalmology department has been receiving a high number of patient complaints - 14 in the past six months, the OIA response shows.

SDHB chief executive Carole Heatly said in a written response the board took a "number of actions'', including providing a locum ophthalmologist, after the problem was raised last year.

"During that time and since, extensive work has been undertaken to improve the booking system, including the introduction of an acuity tool to ensure those patients waiting longest and with the greatest need are seen first.

"The department has been relocated to improve space and ensure an opportunity to increase staffing to meet the requirements of the service.

"In addition, a business case to increase ophthalmology staffing has been prepared, approved and recruitment is under way.''