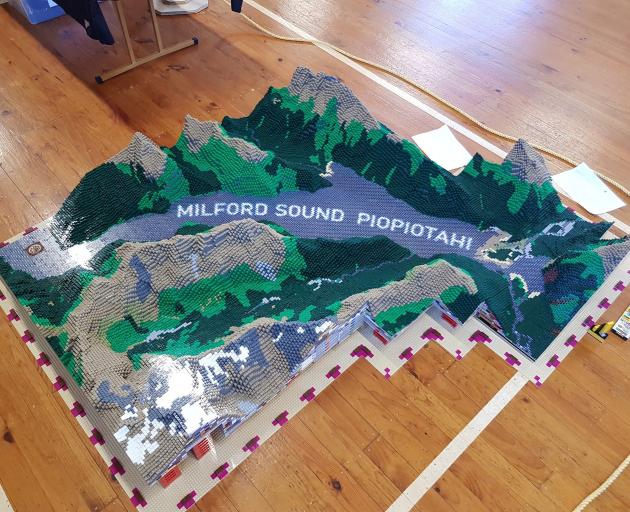 It took Matthew Bennett, of Canterbury, 13 months to plan, design and build the topographically accurate creation.

Building the modular scene was "quite a systematic process", he said.

It weighed 100kg, was built to a scale of 1:6250 and was completed on Sunday in Nelson, at the Top of the South Brick Show.

His first map was of the Port Hills and Lyttelton Harbour, a test to see if it would work.

"It was pretty much just two colours: dark tan for the land and blue for the water."

The next was his first version of Mt Cook.

Four different versions had been made, and with the fourth there were four maps.

However, as he had limited bricks, he only had enough for two maps to be complete at one time.

"I had to dismantle to start the next one. So, I decided to do Mitre Peak and Milford Sound."

An earlier version of the model was displayed in Denmark last year, giving people abroad a chance to see a Lego version of one of New Zealand’s most well-known landscapes.

Mr Bennett said it was not the easiest task transporting it overseas.

It was easier at home, however, and he said he would like to display it in Invercargill.

Accuracy was a major element of his design; if you were to take a photo at the same angle, it would be "pretty much" identical to what you saw looking at the 100,000-piece model, he said.

"I do see people pointing at different parts of the map, and I assume they must have been there."

He had not visited Milford Sound, but planned on doing so in the future.

He also planned to write a program that would assist in the planning stage of the maps.