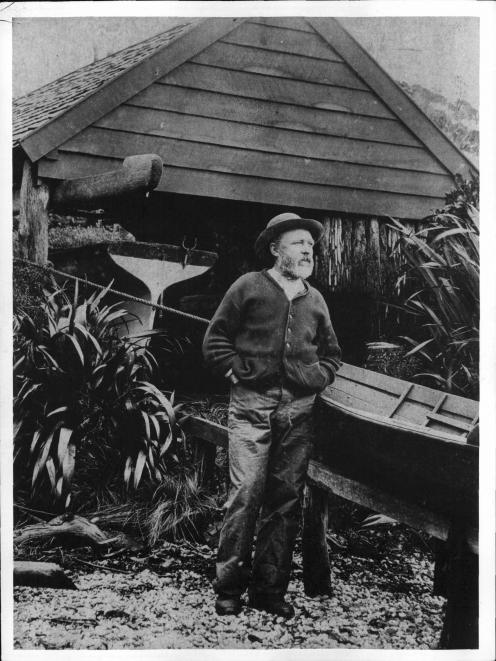 Saviour of kakapo and kiwi, Richard Henry’s conservation efforts were remembered on Thursday, the 90th anniversary of his death. PHOTO:HOCKEN LIBRARY, DUNEDIN
A pioneer conservationist was celebrated by Doc on Thursday to mark 90 years since he died.

Richard Henry was committed to saving endangered native birds and rowed more than 500 kakapo and kiwi to island sanctuaries in Fiordland in the 1890s.

His aim was to protect them from predators such as stoats, ferrets and weasels, which were introduced to control rabbits.

In 1894, he was appointed custodian of Resolution Island in Fiordland - New Zealand's first island reserve for native wildlife.

Acting Department of Conservation (Doc) threatened species ambassador Erica Wilkinson said Mr Henry pioneered some of the most important tools of conservation still in use today.

He used a muzzled dog, a fox terrier named Lassie, to locate kakapo and kiwi to move them to islands, where he thought they would be safe from predators.

For Doc, dogs were a key tool for detecting predators such as rats and stoats and locating native birds, including kakapo and kiwi, so Doc could move them to predator-free islands, she said.

Unfortunately, in Mr Henry's case the mission failed, as stoats, ferrets and weasels were able to swim to the birds' new sanctuary.

"But the techniques developed from Henry's initiative show his lasting legacy."

"Henry developed a template for saving endangered native wildlife that we continue to use. He showed us we would lose our unique native birds to introduced predators if we did not take action."