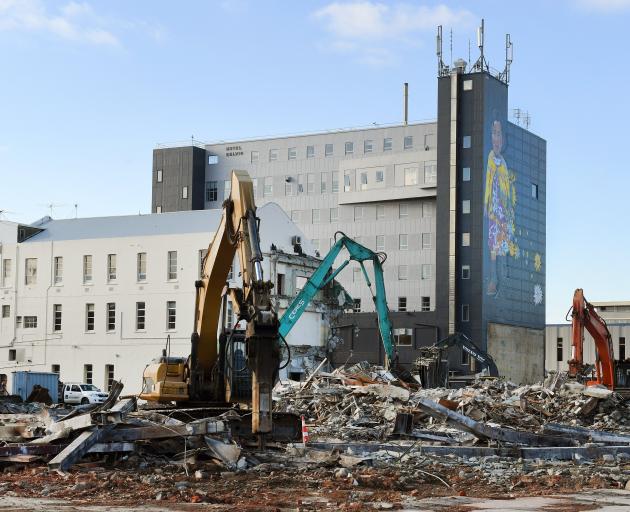 The city centre master plan will be presented tomorrow to councillors at an Invercargill City Council infrastructural services committee meeting.

The document, prepared by the Isthmus Group, identified key problems such as poor connections between the city centre and the wider city and a lack of places for people to socialise and move safely as it was "vehicle dominated and inhospitable in bad weather".

A lack of pride and vibrancy was also identified during the process which started in April.

To fix the main issues, the plan proposes a range of streetscape changes aiming to align and integrate the community spaces and to revitalise the central city.

"Working together [council and community], the city can return to [being a] thrilling location where people are important and it is a fun place to be," the report states.

One proposal is to transform Tay St into a one-lane road, in each direction.

The report says the current double-lane traffic arrangement is not required from a vehicle capacity perspective.

The change to one lane will also slow traffic speeds, shorten crossing distances and unlock green social spaces and sheltered areas, it says.

Don St has been defined as the "entertainment street" in the plan and the proposed streetscape, with courtyards and laneways designed to support businesses and create spaces for temporary exhibitions, social gatherings and outdoor dining.

Esk St was labelled as "civic axis" and its proposed streetscape would connect key civic, social and commercial anchors, including the new CBD inner-city development and The Langlands Hotel.

Kelvin St would work as the retail street and would be the connector for the "heart of the city centre".

Dee St would work as the "main street" as it had more traffic capacity and space for pedestrian and quality connections to the central city.

The report speculates that it is likely not all parties in the community would agree with the plan and the council would need to be clear communicating the benefits and reasons for the proposed changes.