Young riders tried out the track this morning. Credit: Matthew Rosenberg/LDR
Invercargill is home to a new pump track - the end result of dogged determination from a community keen to get it across the line.

About 30 adults and children braved the rain in Otatara this morning to celebrate the opening of the new track at the corner of Dunns Rd and Oreti Rd.

But the project was not without its challenges.

After resident Derek Gostelow died in 2019 leaving $90,000 to the council for community projects within Otatara, there was disagreement about where the funds should go. 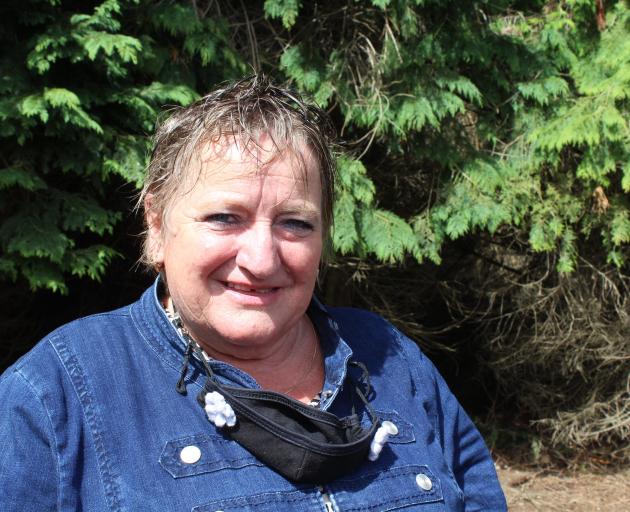 Glenys Hawkes is the niece of the donors and believes they would have loved the track. Photo: Matthew Rosenberg/LDR
Council staff recommended the money be put towards improvements at Fosbender Park, but a petition signed by 1000 Otatara residents said otherwise.

In June, it was decided at an Invercargill City Council meeting that the money should go towards the now-completed track.

Glenys Hawkes, who is a niece of Gostelow, was present at the opening and said she felt quite emotional.

"It's [the money] been spent where they [my uncle and auntie] would have wanted it. I think, too, they would have loved it, because they never had their own children."

A blessing for the track was given by Invercargill City Council mana whenua representative Evelyn Cook, who said it was not a coincidence there was rain on the day.

"We often say for special things that there’s just a little bit of rain, Ranginui’s tears for Papatuanuku his wife.

"It's a good sign. It’s cleansing, and it’s freshening. It was just enough."

Also present was petition organiser Penny Ivy, who was given a bouquet of flowers.

She was pleased the track was finally open after the two years it had taken to get it across the line.

"It's well worth the wait."