A bus with school children on board crashed into a parked vehicle in Invercargill this afternoon.

A police spokeswoman said the bus was travelling along Drury Lane between Heywood St and Baxter St about 3pm when it crashed into the vehicle.

Police and ambulance were in attendance.

A St John spokesman said he understood there were 59 people on board and one patient was taken to Southland Hospital with minor injuries.

A reporter at the scene said the bus windscreen was almost entirely caved in, while other vehicle had been pushed up onto the footpath and into a neighbouring stone fence.

It appeared to have been hit from behind, she said.

Donovan Primary School Board of Trustees chairman Jill Wilkinson said the children were picked up by another bus and taken back to the school.

‘‘They’ve all been picked up and gone home now.’’

The road was obstructed for a time. 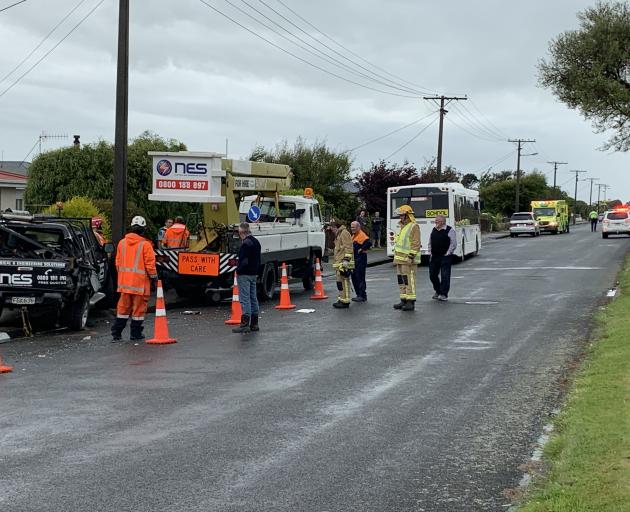 Emergency services at the scene of a crash in Invercargill after a bus hit a parked vehicle. Photo Abbey Palmer
Comment now