By Laura Smith
0 Comments
Regenerative agriculture is a buzz phrase in farming circles at the moment. A pilot study in Otago Southland has been building a base for research into it in New Zealand. Laura Smith reports.

Southern farmers are among the first in the country to offer informed insight into the outcomes of regenerative agriculture.

Ministry for Primary Industries (MPI) investment programmes director Steve Penno said while there was increasing interest from farmers and the wider community, definitions for the practice varied.

"We’re looking to define what regenerative agriculture means from a New Zealand perspective, and develop a sound evidence base to test and confirm what works in our soils, climates, and farming systems."

Earlier this year, prominent plant science academics Derrick Moot and Warwick Scott said they were concerned about the "mythology" of regenerative agriculture and "its worrying increased profile in the New Zealand media and farming sectors". 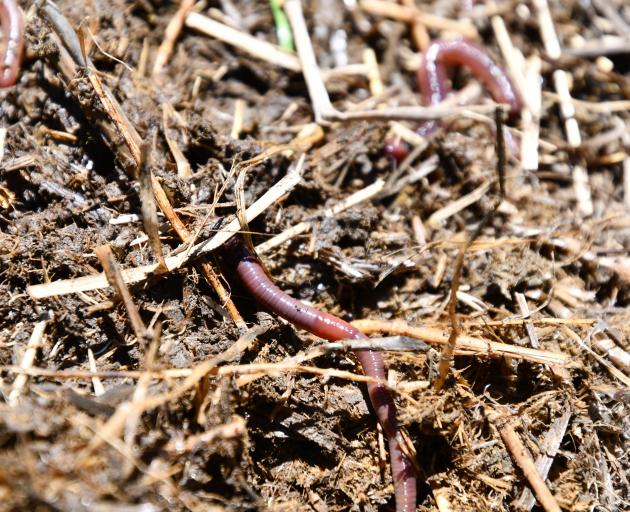 MPI chief science adviser John Roche said, broadly speaking, the ministry saw regenerative farming as a set of practices which might result in improved outcomes for productive land, freshwater and marine environments, climate, animals, and the people who grew and consumed food and fibre products.

It had also asked for proposals for projects that would investigate regenerative farming practices.

The fund aimed to have projects under way by mid-2021.

Mr Penno said the ministry had already received a lot of inquiries, including some from Otago-Southland, but no applications as yet.

However, it appeared it was trending upwards as farmers sought alternatives to what they were used to for the benefit of the environment.

Funded by the ministry, its aim was to conduct research about if, and how, regenerative agriculture resulted in environmental, economic and social benefits.

Ministry for Primary Industries investment programmes director Steve Penno says the ministry is seeking to define what regenerative agriculture means from a New Zealand perspective, and develop a sound evidence base to test and confirm what works in this country’s soils, climates, and farming systems. PHOTOS: LAURA SMITH

It focused on collecting a suite of indicators for ecosystem functions including: soil carbon and nitrogen stocks, soil fertility, biodiversity, pasture health, animal welfare, and farm economic performance and viability.

There were no significant differences in soil carbon stock.

Landcare Research was also involved in a second project funded by Our Land and Water and the Next Foundation.

It entailed a think piece which would outline the top principles and goals of regenerative farming systems in New Zealand.

Its focus was on how scientists and land managers could measure the outcomes of regenerative farming activities.

It would also provide a framework for further research, to help quantify and qualify outcomes.

Dylan and Sheree Ditchfield have farmed their 163ha property for nearly 20 years and milk 450 cows.

Although not involved in the pilot study, 18 months ago they transitioned from conventional farming to regenerative.

In fact, it was their farm Environment Southland councillors toured to see the method in action.

Mr Ditchfield said they made the change after hearing the success of someone they knew.

"The more we learnt about it the more interested we got." 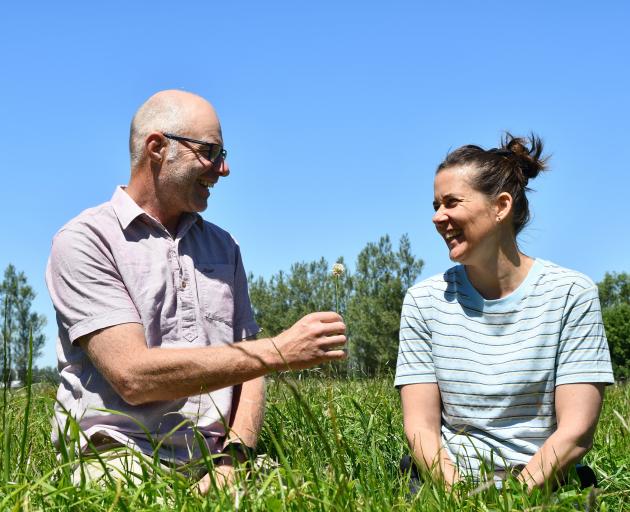 Dylan and Sheree Ditchfield in their multi-species permanent pasture, sown 12 months ago.

Since the switch, they had no regrets, he said.

They felt someone needed to lead change.

"We’re doing it to see what happens.

"Most farmers base a lot of decisions on what happens on other people’s farms, as much as they do with scientific trials and best advice."

It was a pivotal time for the family when they made that choice, as they had been wondering what the future of farming would look like.

"It wasn’t looking too flash there for a bit regarding public perception and the environment.

"You know, were we handing a burden on to our kids?"

However, they now felt differently.

While he did not want to push the practice on to anyone else, he was happy to share their experiences and what they had learnt with the farming community.

"It’s really just as important to show what didn’t work as well."

It was a whole new concept to them that would take some years to understand.

For them, the transition had included taking on a soil consultant.

Through grazing management, the Ditchfields hope to have a healthy system of nutrient-dense plants.

Through him, they were learning about what was happening beneath the grass.

They were also getting advice about grazing.

"Coming from the conventional, farming 25 years, it’s quite a big thing for us to get our heads around."

It was a mindset shift, he said.

While he explained this, he stood in a multi-species permanent pasture.

Dylan and Sheree Ditchfield in their multi-species permanent pasture, sown 12 months ago.

The older pastures were mainly rye-grass and white clover, and there was a three-year transition to build them up slowly, so as to not lose quality.

He said there were three key parts to what they were implementing.

The first was soil health and biology.

"When we first started I would probably call the soil dirt, it’s kind of dead."

Life was slowly coming back — their reward was worms.

The next part was plant species diversity.

"Those plants are also having a different effect on the soil below — what they do is bring nutrients in that one plant couldn’t do."

Through different grazing management, they hoped to have a healthy system of nutrient-dense plants.

The third aspect was the animals themselves.

This included stock-density; the one mob of cows was moved four times a day.

"The idea is to get the trampling happening with the cows’ hooves."

That was to get the longer plants lying down to allow the biology, such as worms, to pull nutrients back down.

"I’m not sure it is going to be the silver bullet, but you’ve got a group that are pretty dedicated.

"I think we’ll see more of it but I suspect it won’t be for everyone."

However, it was good to see communities thinking about how things could be done differently when the status quo was not working for them.

"The philosophy people would talk to has changed from wanting to expand all the time; they’ve gone back to ‘what’s important about our wellbeing, what’s important for our families’, and that’s quite a mind-shift."

It went beyond regenerative agriculture — on the whole, farmers were looking at alternatives to what they had traditionally done.

"I think the positive thing is that people are really thinking about the issues. We talk about water a lot, but it is also our soil."

About 76% of Southland income derived from agriculture.

Many people would look to leaders before implementing new practices themselves, he said.

"Anything different, people will be a bit sceptical about. But if you can show them facts, then they will take a lot more interest in it."

A farmer himself, he had changed the way he went about things.

"It’s difficult to change something when you’ve done it for forty odd years."

An advantage was there was less work involved and it had produced "reasonable" crops.

He also hoped to plant more native species, which would be part of his legacy.