Tension high as protesters block mine

Environmental activists and unhappy locals faced off on either side of a police barricade outside a Southland coal mine yesterday.

It was still dark yesterday morning when about 30 protesters barricaded themselves outside and inside the Bathurst Resources-owned Takitimu coal mine near Nightcaps, calling for an end to coal mining in the area.

Some members of the community were unhappy about the actions of the group, saying they were a "waste of time".

The group of activists set up two 4m wooden towers, blocking the entrance to the mine, climbed a coal-sorting conveyor belt and "took over"the mine’s pond with inflatable boats while dressed up as pirates.

Extinction Rebellion spokesman Erik Kennedy emphasised it was a peaceful protest and said the group was there as a response to the company’s planned expansion into a nearby forestry block owned by the Southland District Council.

"They’re trying to explore a forestry block for more coal and that’s absurd. It’s inconsistent with our international obligations and frankly our moral obligations." 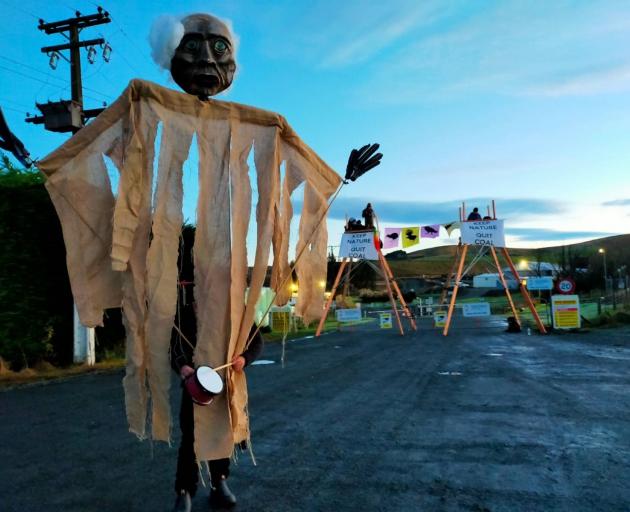 Climate activists yesterday halted coal mining at Bathurst Resources-owned Takitimu coal mine to protest the company’s plans for expansion. PHOTO: SUPPLIED
He said while the Government had declared a climate emergency, there was a need to have plans in place to help communities like Nightcaps transition off fossil fuels.

Mr Kennedy said the miners themselves were not the focus.

"We need to get off coal. We can’t keep using fossil fuel anymore. We have respect for their traditions but we want to help them move to a future where they can have a sustainable employment."

Some residents were angry about the group’s actions.

Graham Lumsden was upset the police had not let him speak to the protesters.

Another resident, who asked to not be named, said the protest was a waste of time.

"We’ve got police there that should be somewhere else. We can’t afford to lose little towns like this and that is what can happen if they close the operations here."

Bathurst Resources chief executive Richard Tacon said about 40 people worked at the mine and their main concern at first was the safety of the "30 trespassers".

The firm was open to talking to the protesters, but the key thing for it was to continue supplying its customers who did not have an alternative source of energy.

"Everything that is produced there is sold. People want it."

It was important until the country was able to move away from fossil fuels, which was estimated to happen about 2030, he said. 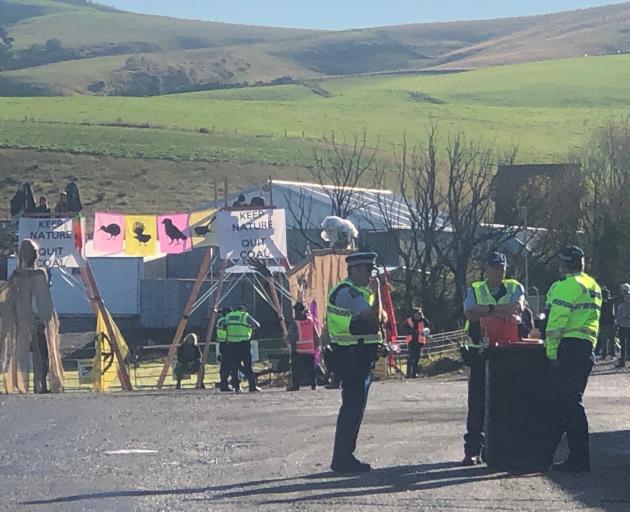 Police at the scene of the protest at the coal mine near Nightcaps. PHOTO: LUISA GIRAO
About 5pm yesterday, a police spokeswoman said the group was packing up to leave the site and there were no incidents there.

Climate activist Adam Currie said about 10 members of the group received trespass notices during the day, but they were happy with what they achieved.

"For us it was a big success as it seems even Jacinda [Ardern] had to answer questions about it.

"We wanted to put some pressure and raise awareness for the matter."

The latest report from the United Nations’ Intergovernmental Panel on Climate Change found that without immediate and deep emissions cuts across every single sector, the world was on track to warm by more than 1.5degC, which would make many of the impacts expected from climate change irreversible.