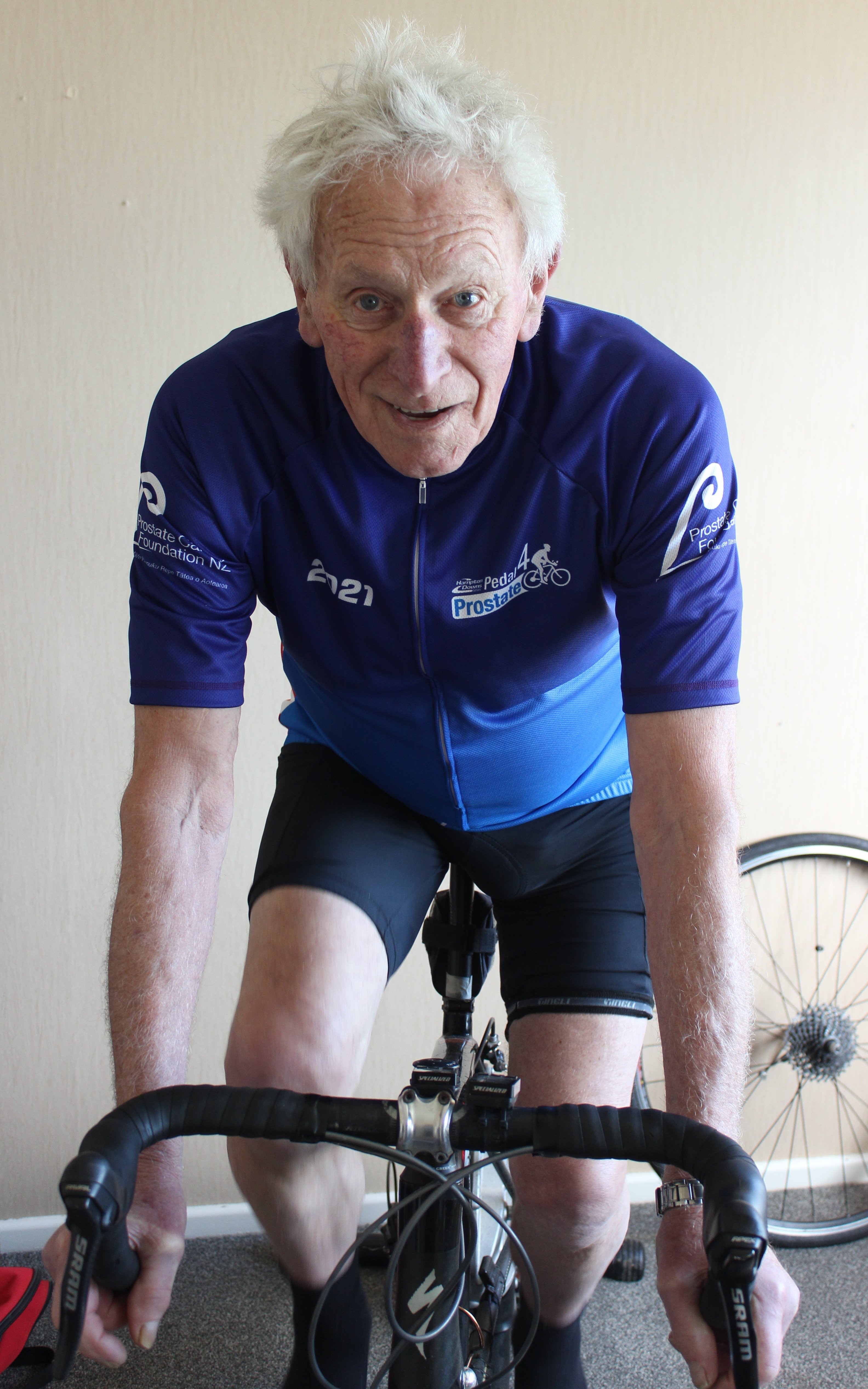 Invercargill retiree Peter Grandiek is planning a four-hour fundraising cycle ride on his 90th birthday this month. PHOTO: KAREN PASCO
While most people tuck into cake on their birthday, Peter Grandiek says he probably will not even feel like eating, for a bit of the day at least.

The Invercargill man, who turns 90 on October 20, is set to complete a four-hour cycle ride on his special day, to raise funds for the Prostate Cancer Foundation.

He is hoping he can get close to the 100km mark as he rides around the ILT Stadium Southland velodrome from 10am to 2pm.

For the man who has been an active athlete his whole life, fundraising each year is what he does.

Last year he raised more than $6000 for St John with his 100km ride. This year he decided on the Prostate Cancer Foundation after receiving treatment.

"In March I had a prostate operation myself.

"There was no cancer, so I thought it was an important time for the Prostate Cancer Foundation to get a turn," he said yesterday.

He is riding the event as part of the Pedal for Prostate 2021 national campaign so as well as contributing to the coffers, Grandiek said he also hoped to raise awareness.

You could say Grandiek, a runner most of his life, came late to cycling. He took it up as a more passive exercise option after undergoing a triple bypass operation in 2007, at age 75.

He was quick to rise to the ranks in masters racing.

He set the world record for his age group on the track in 2015 in the one-hour endurance event and in 2017, at age 86, set a world record at the World Masters in the three-lap sprint, where he completed his last 250m lap in just 18 seconds.

He was not planning to repeat the speed of that day this month, but hoped to average 25kmh, although he said training had not been as he had hoped.

"Since the lockdown I haven’t been able to train properly.

"I couldn’t get on the road, and the weather was miserable, so I’ll just see where I get to at the end of four hours."

Hopefully the support of experienced track cyclists will help him on the day.

"There’s just one catch," he said.

"Anyone wanting to join me on the track has to make a donation to the fund."

So why no cake straight after the race?

He said it took a bit of time after finishing a ride before he wanted to eat.

"Normally when I ride the bike for three hours, for the first hour you don’t feel like eating, you just want to keep your liquid up."

Anyone wanting to contribute to the fundraiser could donate through his Givealittle page.