0 Comments
Video footage has been released this afternoon showing 145 dead pilot whales beached on an isolated bay on Rakiura/Stewart Island.

A Department of Conservation (Doc) spokeswoman said the stranded whales were found by a tramper camping in the area.

Doc Rakiura operations manager Ren Leppens said half of the whales had to be euthanised due to their condition and the remote area they were found. The other half had already died. 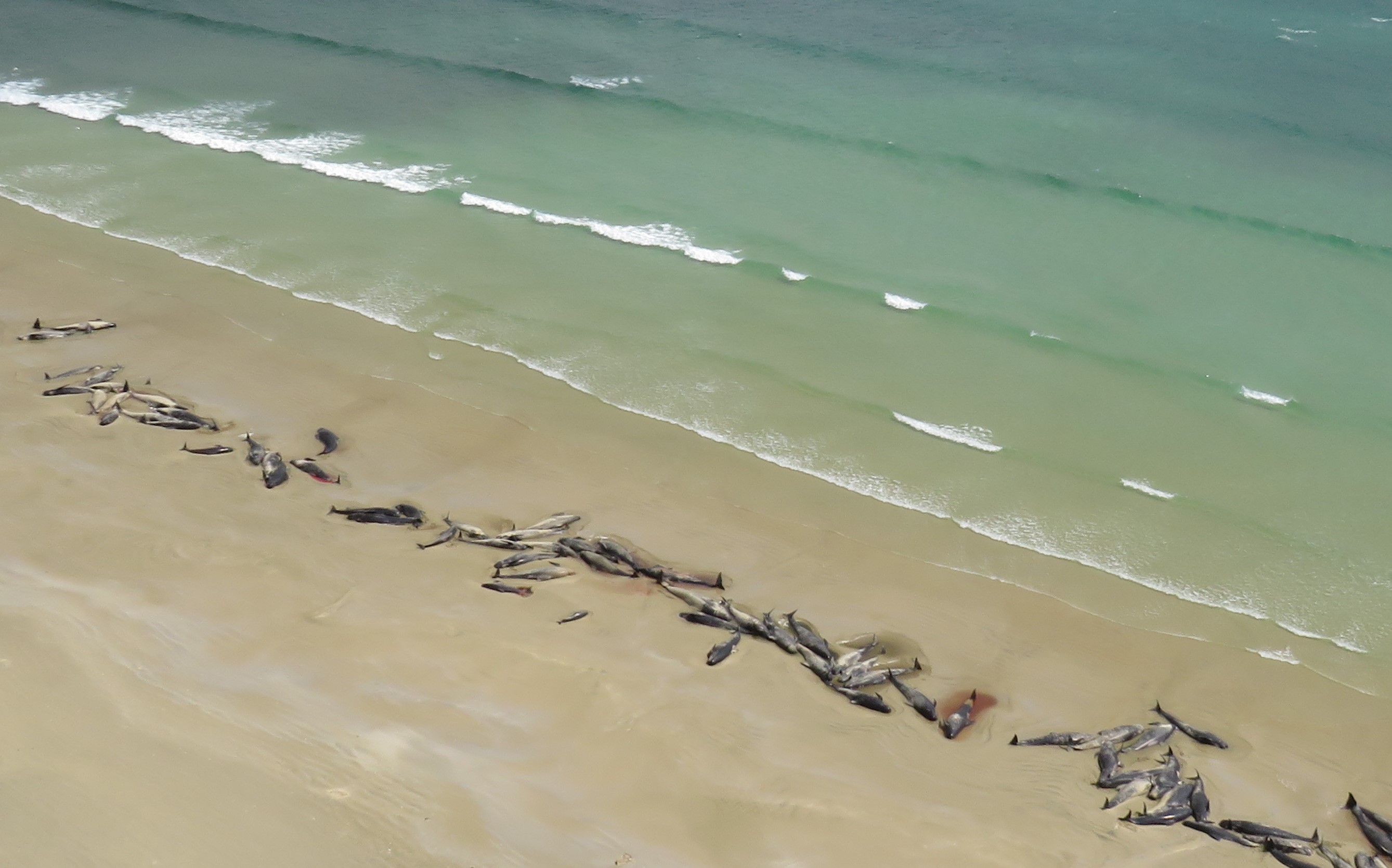 Up to 145 pilot whales have stranded and died on a remote beach on Rakiura/Stewart Island over the weekend. Photo: Doc

“Sadly, the likelihood of being able to successfully re-float the remaining whales was extremely low," the spokeswoman said.

"The remote location, lack of nearby personnel and the whales’ deteriorating condition meant the most humane thing to do was to euthanise.

"However, it’s always a heart-breaking decision to make."

Doc has notified local Ngāi Tahu iwi and they are working together on next steps.

In its statement Doc said marine mammal strandings were a relatively common occurrence on New Zealand shores, with Doc responding to an average of 85 incidents a year - mostly of single animals.

"Exactly why whales and dolphins strand is not fully known but factors can include sickness, navigational error, geographical features, a rapidly falling tide, being chased by a predator, or extreme weather.

"More than one factor may contribute to a stranding."

A number of strandings occurred on New Zealand shores over the weekend, however the events were unlikely to be related.

On Sunday, 10 pygmy killer whales stranded at 90 Mile Beach in Northland. Two have since died and re-float attempts would be made tomorrow.

A sperm whale/tohora, also beached in Doubtful Bay on Karikari Peninsula in Northland.

The 15-metre male whale, thought to have beached about 3pm on Friday, died overnight on Saturday.

A dead female pygmy sperm whale also washed up at Ohiwa in the Bay of Plenty over the weekend.