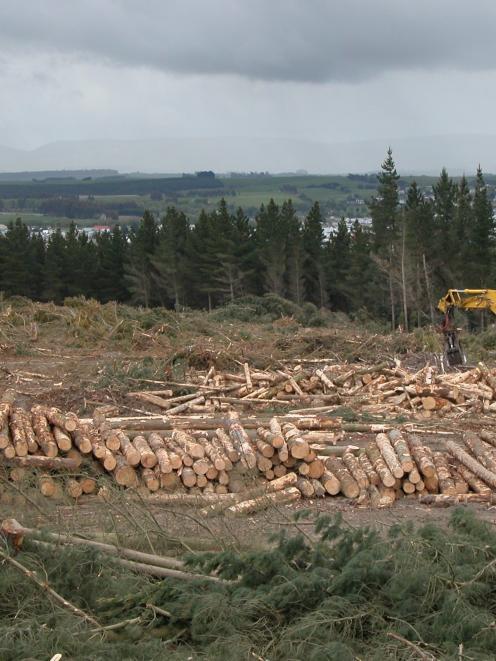 A new programme should result in less waste from forestry. Photo by Glenn Conway.
A $1.5m government programme is aimed at convert more than 200 commercial boilers in Southland from coal to woodchip waste from the region's logging industry.

Wood Energy South was launched by Venture Southland and the Energy Efficiency and Conservation Authority (EECA) in Invercargill last month. Wood Energy South encourages industry to use a cleaner, renewable source rather than coal, Energy Efficiency and Conservation Authority project manager Chris McArthur said. ''You're basically helping sawmills to use all of the tree,'' he said.

''EECA had a wood energy programme that ran for about three years in 2008. It was nationwide, but Dunedin was the star and what we learnt from that was that a cluster approach was really the way to go.''

The $1.5million has come from the Ministry for Energy and Resources.

Wood fuel did not travel well, he said, and for suppliers the need to travel would change the ''whole economics'' of wood fuel.

Wood Energy South would look at each site, run feasibility studies, consult businesses, and make a business case for switching to wood fuel.

A spokesman for Energy and Resources Minister Simon Bridges said converting the more than 200 boilers in Southland would make a difference to carbon dioxide emissions.