By Marjorie Cook
0 Comments
Wanaka adventurer James Watson (15) and his father, Mark Watson, had Lake Wanaka to themselves yesterday as they paddled the 47km lake to raise funds for World Vision 40 Hour Famine Appeal.

The duo took 7.5 hours to paddle from Makarora to the Wanaka Water Sports Facility in Roys Bay, finishing just before 4pm.

The day was peaceful, cold and amazing, James said.

The only boat they saw was Dual Image, as they came into Roys Bay, James said.

"It was warm once we got going but every time we stopped it was cooling down quite quickly. I had cold hands a lot and my feet are pretty cold right now." 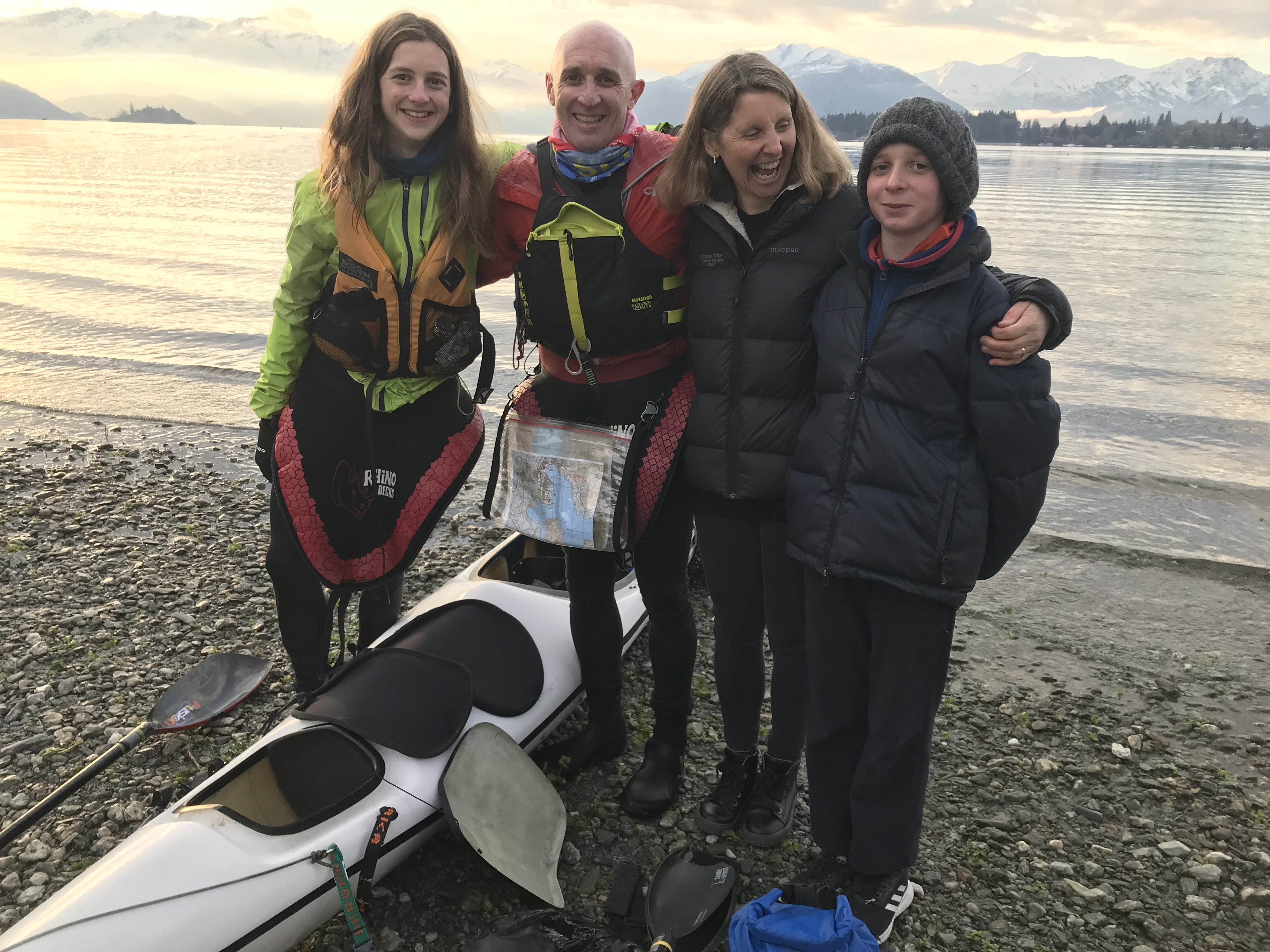 James Watson (15), left, celebrates with his father Mark Watson, his mother Michelle Watson and his brother Marshall Watson (12), after James and Mark completed their 47km kayak for World Vision on Lake Wanaka yesterday in 7.5 hours. PHOTO: MARJORIE COOK
When he promoted the trip to his dad, it was initially intended as a joke.

"Then we talked about it some more and realised, hang on, this could work.

"So we decided to put the effort in to make it happen."

During the paddle, the pair talked about next year and decided to attempt 548m Mt Iron (1.5-hour loop track) - only they would do it 40 times, they decided.

His goal to raise $550 in online pledges was topped before the paddle began. James was still collecting pledges.

The fundraiser officially runs from July 1-3.

The funds would be used to provide clean, safe drinking water to communities in need around the world.