Wanaka could have an affordable housing development soon.

The Queenstown Lakes District Council has confirmed it had received an expression of interest from Bright Sky Land Ltd to develop a Special Housing Area on land off Gordon Rd and Frederick St, near Three Parks.

The application was based on an approach of ``affordability by design'' and would provide 281 houses, all on sections of less than 400sq m.

The homes would range from one-bedroom apartments of about 50sq m through to ``compact family homes'' of about 220sq m.

The proposal included some double- and triple-storey townhouses, although the expression of interest noted the latter would be located at the foot of an embankment, limiting the visual impact of the buildings.

Bright Sky said at this stage they anticipated an early childcare centre would be established at the Special Housing Area site.

They believed the proposed Special Housing Area would contribute significantly to the Wanaka community and deliver ``urgently needed'' affordable housing.

Under the Operative District Plan the land is zoned rural, which does not provide for housing. However, the land has a proposed zoning of low density residential under the Proposed District Plan.

The applicant argued there would be no adverse effects on the natural environment or any known ecosystems.

The council is aiming to consider the expression of interest at the next full council meeting on March 23, but would like to hear local opinion on the proposal.

An online feedback form is available on the council website. Feedback will close at 5pm on March 18. 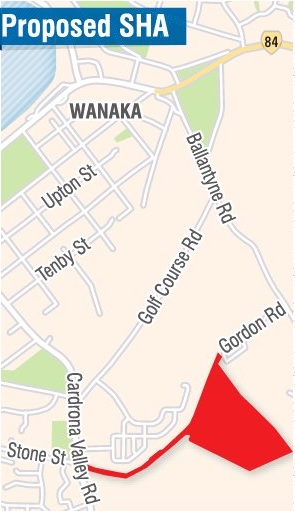