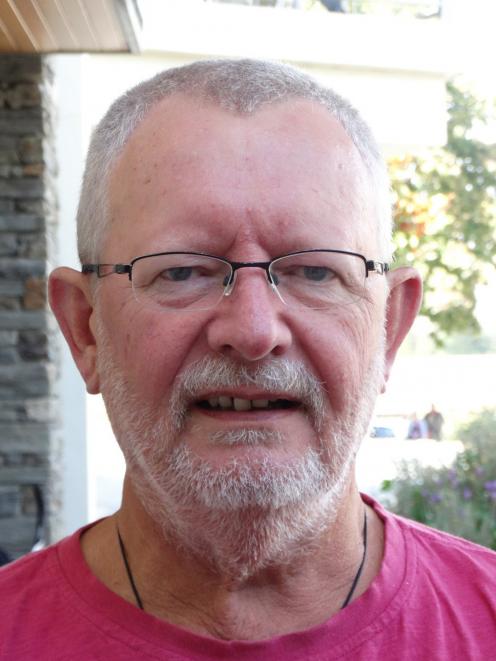 The key issues are whether the scale of the earthworks and the above-ground portion of the 2008sqm building meet new criteria requiring it to be "reasonably difficult to see" set out in the Queenstown Lakes District Council’s proposed district plan, which comes into effect in June.

The criteria had key planning witnesses not just at odds with opposing team witnesses, but within their own teams.

The trust’s house is intended to replace another mansion built on the site in the late 1990s by the late aviation identity Ray Hanna, which the applicant’s lawyer, Josh Leckie, said was legally consented at the time but would probably foul of the new criteria now.

The commissioners frequently drew witnesses’ attention to a simulated viewpoint of the proposal from Lake Wānaka, provided by the applicant’s landscape architect, Nikki Smetham.

Ms Smetham said she believed the proposed house would be reasonably difficult to see.

The applicant’s planner, Sean Dent, said he disagreed with Ms Smetham and the proposed building would have a similar visual presence to the existing one in the long term.

"I consider that it will be visible on the site, but when compared to the existing environment, the proposal will not be significantly more prominent in the environment," Mr Dent said

Council landscape architect Helen Mellsop said she felt the existing dwelling sat in the existing background "quite well", but the new dwelling would be more prominent than the existing house, particularly from the lake.

Council planner Erica Walker recommended consent be granted, based on the screening impact of vegetation after five years’ growth.

"Even after five or 10 years of vegetation growth, the new house would remain not reasonably difficult to see," he said.

The commissioners continued to focus heavily on the "reasonably difficult to see criteria" with other witnesses, before adjourning the hearing in the mid-afternoon.

They confirmed they would be paying particular attention to potential adverse visual effects when they visited the building site tomorrow.

They would also view the site from Lake Wānaka and nearby public places, including the Millennium Track.

The Nature Preservation Trust is a private Wānaka family trust. It bought the Hanna property several years ago.

The existing house is accessed from Mount Aspiring Rd and is one of several large mansions that have been built in outstanding natural landscape.

About 67% of the new house would be underground, and it would have five cave portals with windows on the lower floor.

Thousands of native trees will be planted to screen the development.

Demolition, earthworks and construction would take two and a-half years.

Another two and a-half years would be needed for the trees to grow big enough to screen the development from public places.

Project manager Jeremy Murray-Orr from Triplestar Management outlined how construction and landscaping stages would work together.

Temporary construction effects could all be adequately mitigated and a two and a-half year construction period for large houses with significant earthworks was a reasonable timeframe, he said.