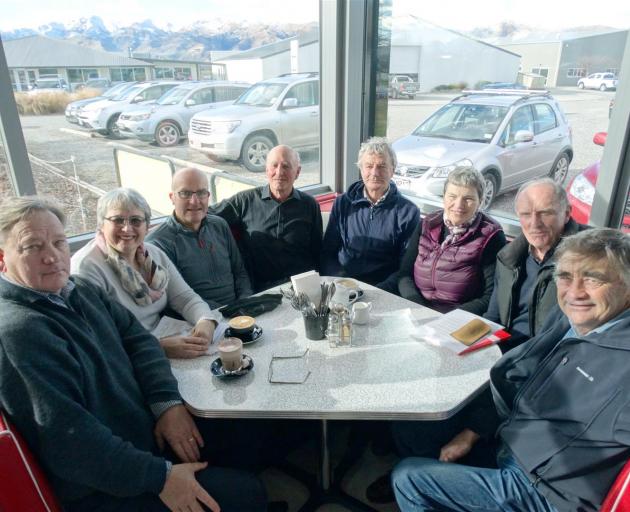 Their leaders met at the airport yesterday to finalise a joint statement to be put to the Queenstown Lakes District Council (QLDC) meeting in Wanaka on Thursday.

Spokeswoman April McKenzie said the group held the same view as the Protect Wanaka group, which has been vocal in its opposition to jet aircraft.

"As the group of residents most closely affected, we wanted to get in behind Protect Wanaka but just make sure the QLDC understood it was our own independent view.''

Ms McKenzie said the group accepted the need for small turbo-prop aircraft at Wanaka Airport but objected to jet aircraft, mainly because of the number of passengers they might bring and the lack of infrastructure to handle them.

"While we would welcome regional services ... whether it's to Dunedin, Christchurch or Invercargill, we don't want a jet-capable airport.''

"But that doesn't mean we want jet capable.''

Ms McKenzie said there were a number of environmental differences between turbo-prop and jet aircraft.

"There's numbers, pollution, noise pollution, infrastructure challenges, over-tourism challenges. Do we need an international-capable airport here when there's one in Queenstown, one in Invercargill, one in Christchurch?

Asked why she believed it was necessary for the group to be formed, Ms McKenzie said the four associations were concerned the council was not properly representing affected residents.

"There's a level of anxiety that the QLDC isn't really representing the people it was elected to represent.''