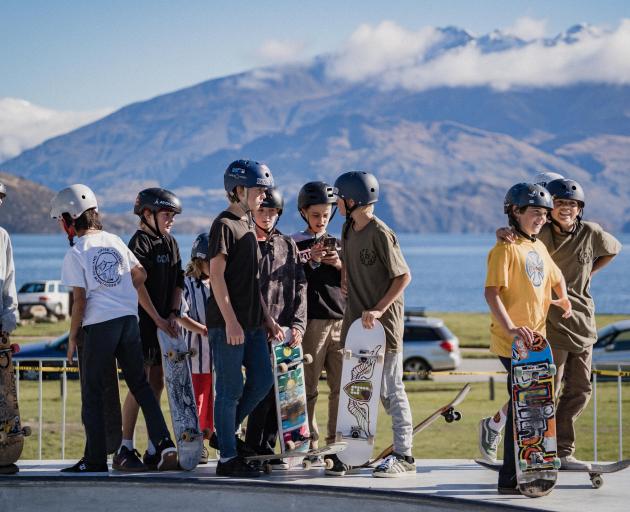 Young skaters stand by during Wanaka Festival of Colour’s Cross the Line street performance at the Wanaka skatepark on Saturday. PHOTOS: RAY TIDDY
This year it had to look local.

Yet organisers pulled it off in a Covid-19 environment, Wanaka’s Festival of Colour Arts and Ideas Festival attracting a healthy box office with 9000 ticket sales — on a par with previous events.

Festival of Colour general manager Laura Williamson said final ticket sales were still being tallied last night, but box office staff had been "run off their feet" all week as the seven-day festival wrapped.

Covid-related border closures had meant the two-yearly festival had to focus on domestic talent.

"In the world of festivals this one is very strong."

What had differed this year was the number of last-minute sales, she said.

"I think you had this environment where people waited and took a ‘wait and see’ approach. There was just an extra level of cautiousness.

"It was a different pattern, I guess." 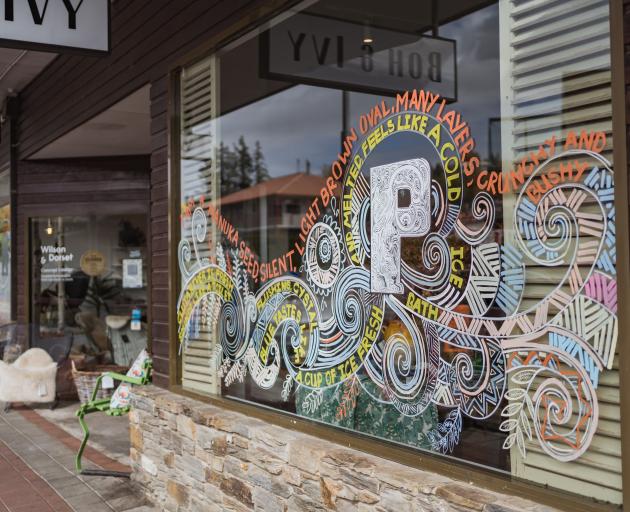 A shop window in Helwick St decorated as part of the Wanaka Festival of Colour’s ‘‘Windows Over Wanaka’’ exhibition.
Usually, the festival drew on acts from Australia and the UK to complement New Zealand talent, Ms Williamson said.

However, the fact New Zealand acts were bound to home had also worked in the festival’s favour.

"It’s testament to the strength of the New Zealand arts scene.

"New Zealand acts were at home rather than touring."

Concessions were made to ensure some performances could go ahead. Playwright Ro Bright and director Kitan Petkovski both went through managed isolation and quarantine to ensure the play The Hall could make its international debut.

It tells the tale of an intergenerational family with a matriarch battling a form of dementia.

This year also marked the departure of Philip Tremewan, who has been at the forefront of the festival as director since its began in 2005.

After this week’s festival, he stands down, and hands over the reins to Sophie Kelly for the 2023 version.