Chondola on track for winter season 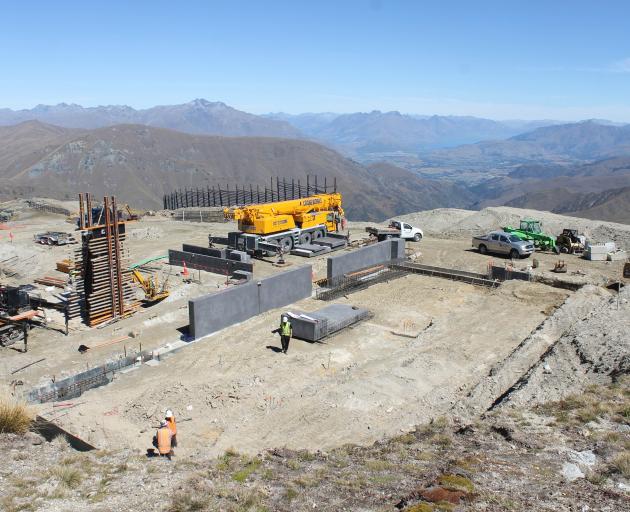 Facilities and infrastructure manager Erik Barnes said construction of the Doppelmayr combined lift of eight-person gondola cabins and six-seater chairs was on track to open for the start of this year's winter ski season.

The top station foundations and groundwork were nearing completion, the first Doppelmayr containers had arrived from Austria and the components were on site, and another 30 containers were on the way, he said.

Steelwork and concreting at the bottom station was due to start this week.

General manager Bridget Legnavsky said the McDougall's Express Chondola would boost the lift's capacity by 150% with an hourly uplift of 2550 skiers, snowboarders and sightseers.

She said one of the project targets was also to leave the Mt Cardrona landscape and topsoil in better condition that when construction began and they aimed to have no more than one skip bin full of waste on completion.

"We are so excited that this new lift will get people of all abilities to the top of the mountain and that we're leaving our maunga better than before the project,'' she said.

Developments for the 2017 winter season at Cardrona were expected to total more than $15 million. They included the new high-speed cabin lift, base facility development, improvements in terrain, car parking and snow-making, an extra cafe and bar, and expanded and redesigned children's facilities.