Less than two years after the opening ribbon was cut at the Wanaka Recreation Centre, some people believe it is too small.

But Netball Upper Clutha president Tracey Gibson submitted on the council's 10-year plan that the centre ``has quickly become insufficient for the community needs''.

She said the club, home to more than 500 registered players, was struggling to fit in the current facilities, as netball was becoming an indoor sport.

``The three outdoor courts are very slippery with the sand content and artificial surface, [and] our players are struggling and dislike playing on them. They feel unsafe and uncertain in their movements.''

``If we could get another two indoor courts, we would be able to move our competitions inside and hold competitive features in our region,'' she said.

Mrs Gibson also submitted a move to change the Recreation Centre's floor surface from concrete to wood ``would be ideal''.

``There's a lot of work under way to ensure Wanaka's sports facilities keep pace with the growing community.''

``We're also undertaking a sports field demand analysis before December 2018 to gather robust information around the current and future needs of sports fields across the whole district,'' he said.

However, he said there were no plans in place for a change in the surface at the Recreation Centre.

``There's some fantastic stuff here and the council and ratepayers have invested really well into this site but we've got to think in terms of the future, as well.'' 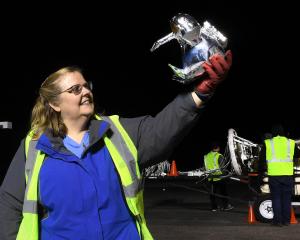