Coastguard Wanaka Lakes president Jonathan Walmisley (centre), flanked by counsel for the coastguard, Jenna Silcock, and landscape expert witness Stephen Skelton, gives evidence at a resource consent hearing yesterday for a new marine rescue centre to be built at Eely Point. PHOTO: KERRIE WATERWORTH
Fast response times are vital and can be the difference between life and death in the event of an accident, a resource consent hearing into the construction and operation of a Wanaka marine rescue centre was told yesterday.

At the one-day hearing at the Lake Wanaka Centre, Coastguard Wanaka Lakes president Jonathan Walmisley said the coastguard was similar to St John and Fire and Emergency New Zealand — "we respond to those who need help."

Coastguard Wanaka Lakes averaged 20 operations a year and assisted about 22 people a year back to safety, he said.

The current rescue vessel was housed in a shed at the A&P showgrounds and on occasion the crew had had to drive down Golf Course Rd and Orchard Rd to get to the marina in Lakeside Dr, he said.

The proposed site of the marine rescue centre at Eely Point would provide the quickest response time for volunteer crew members and would not require the vessel to be towed across the central tourist area of the town.

The rescue centre would be big enough to house the new vessel, due to arrive in August, and would also provide a space for the harbourmaster.

Counsel for the applicant Jenna Silcock said the application had attracted substantial support from a wide range of individuals and organisations, including the Guardians of Lake Wanaka, Eco Wanaka Adventures, Wanaka Marina, the Wanaka Scout Group and Upper Clutha Environmental Society.

"Even the submitters in opposition support the concept of the rescue centre — just not in the proposed location."

Ms Silcock said a Queenstown Lakes District Council report recommending consent be declined on the basis of landscape and visual amenity effects had recommended amendments to the proposal to allow consent to be granted.

Ms Silcock said seven of the nine recommendations had since been adopted.

Mr Walmisley said Coastguard Wanaka Lakes had worked closely with the council parks and recreation department for four years in regard to the suitability of potential sites and the identification of the current site.

"To date we have listened to and complied with the wishes of the QLDC and those potential neighbours who have expressed an opinion," Mr Walmisley said.

"We owe this [marine rescue centre] to those who use the lake and to the volunteers who at times risk themselves to help others," he said.

Independent commissioner Robert Nixon said a decision would be made before the end of October. 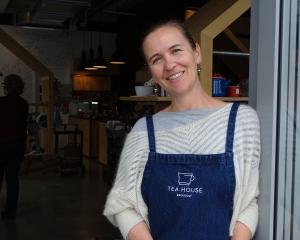 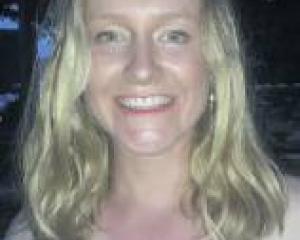