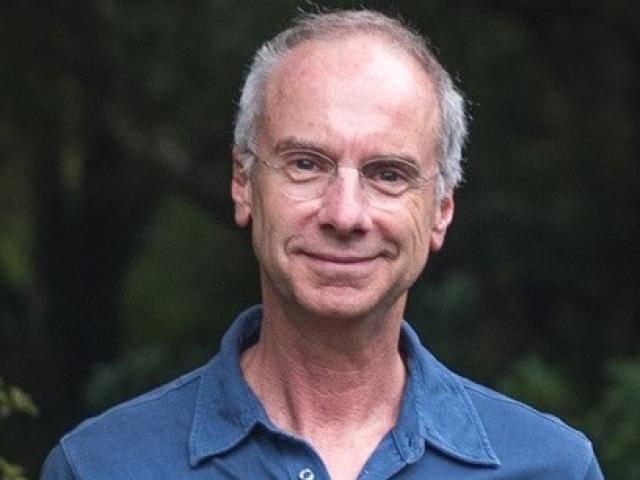 Brent Williams.
When he was in his late 40s, community lawyer Brent Williams' life came crashing down as he struggled to cope with his inner demons.

He left his wife, his four children and his job as he ''couldn't face any responsibilities at all'', he said.

Now, after writing a graphic memoir about his road to recovery, Mr Williams will tell his story at Aspiring Conversations in Wanaka this Sunday, alongside former Rhodes Scholar and Green MP Holly Walker, in a session about living with depression and anxiety.

Mr Williams said he would provide an emphasis on ''how to get well and stay well''.

''I think it's so important we don't just drive ourselves through life believing we're going to be bulletproof and invincible. My big message is about how to keep well and how to stay well. The earlier you start working on your mental health, the better.''

He said it was a ''wonderful opportunity'' to talk about the subject which he believed had been ''buried'' for too long.

''Getting out and talking about it is very important for people who are suffering from it. Getting a conversation going around the topic was something I was delighted to be a part of,'' he said. 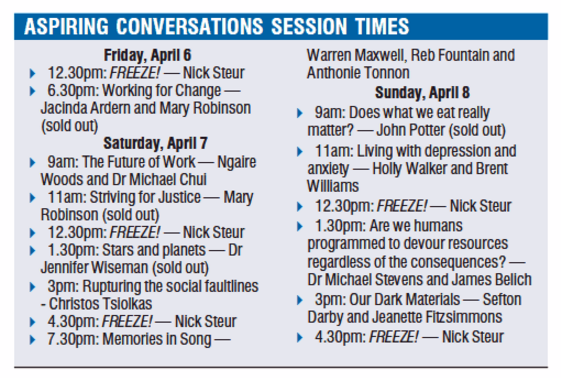 Aspiring Conversations is described on its website as ''a unique ideas festival''. It kicks off tomorrow evening with a sold out session featuring Prime Minister Jacinda Ardern and former Irish president Mary Robinson, who will discuss working for change at the local, national and international level.

Festival spokeswoman Sally Woodfield said sales for the three-day event, to be held at the Lake Wanaka Centre, had been ''strong'' and the session featuring the two world leaders was the fastest-selling in the history of Aspiring Conversations.

Ms Woodfield said ''very limited tickets'' were available for the multiple performances of Nick Steur's award-winning rock balancing show, FREEZE!, as well as Dr Michael Stevens and James Belich's Sunday session ''Are we humans programmed to devour resources regardless of the consequences?''