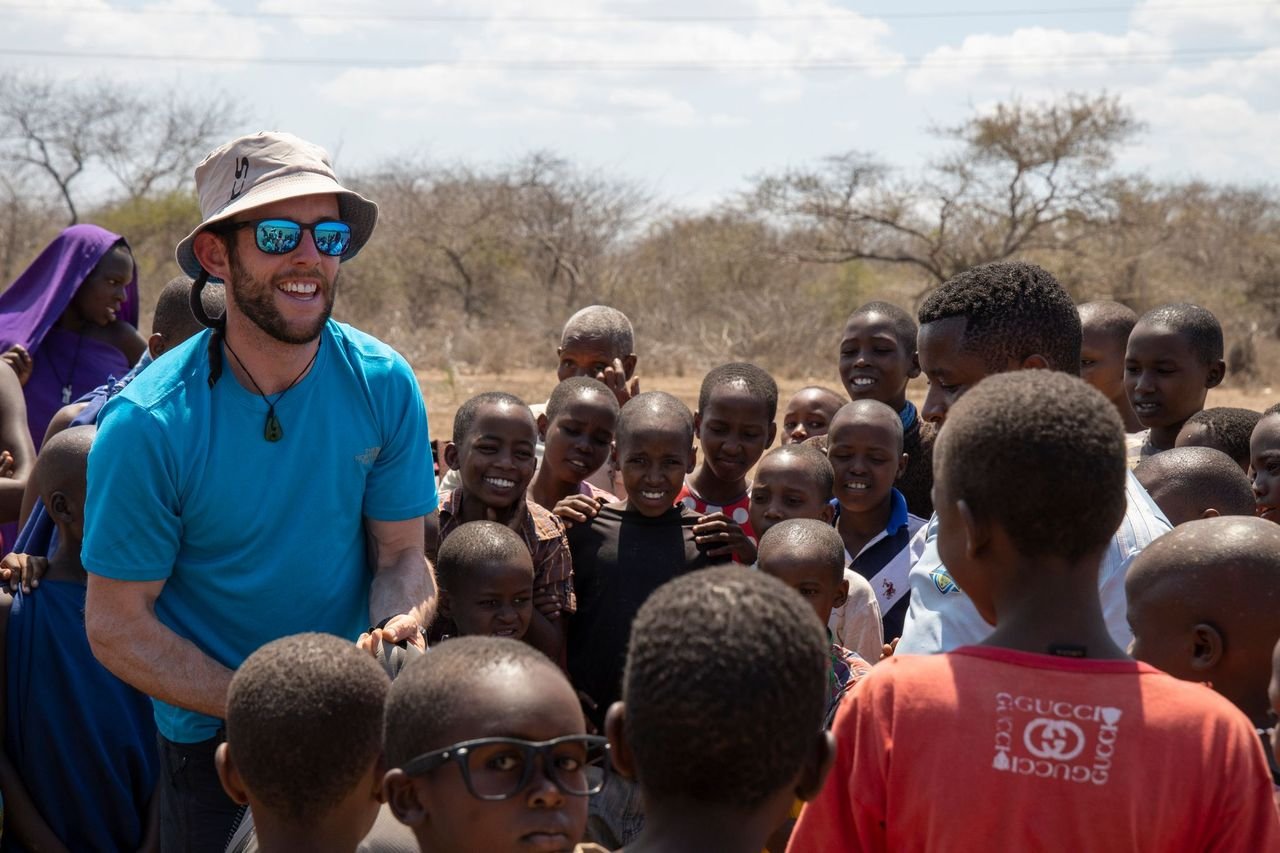 Cathal McLoughlin from Queenstown greets Tanzanian locals in the award-winning film The KFC. Photo: Richard Sidey
Organisers of this year’s New Zealand Mountain Film Festival in Wanaka are "keeping their fingers and toes crossed" that Ministry of Health Covid-19 guidelines will allow them to fit everyone in to their venues.

Festival director Mark Sedon said to enable the festival to go ahead it had to be held in two small venues rather than two large halls.

"It will be a far cry from our usual packed house of 380", and he feared some regular fans could miss out.

"Our saving grace is the online festival and no-one will miss out on that."

Mr Sedon said the trust received more than 188 entries in the film-maker contest; 54 are in the programme, including nine world premieres and 13 New Zealand-made films. 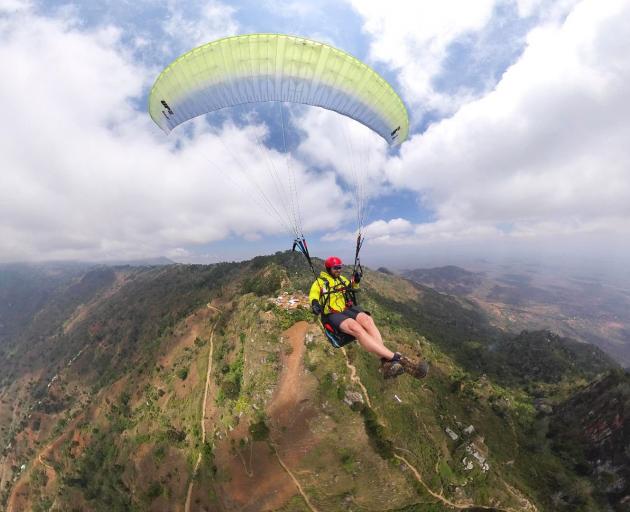 The film follows five New Zealanders on a paragliding adventure in Tanzania with their ultimate aim of flying from the summit of Mt Kilimanjaro. Photo: Richard Sidey
Yesterday, Mr Sedon announced Richard Sidey, of Wanaka, had won the Hiddleston-MacQueen Award for the best New Zealand film for The KFC.

The film follows five New Zealanders on a paragliding adventure in Tanzania with their ultimate aim of flying from the summit of Mt Kilimanjaro.

Kilimanjaro is the highest freestanding mountain in the world. This means the altitude change from the peak to the base of the mountain makes it the biggest glide it is possible to do from a peak on the planet.

Mr Sidey said one of the highlights was flying over places where no-one had ever seen a paraglider, "some people came out to see, others ran to hide".

• The 18th NZ Mountain Film and Book Festival is scheduled to run live in five venues in Wanaka and Queenstown simultaneously from June 26-28 and nationally online from June 26 to July 5.