Medical care 'at mercy of location' 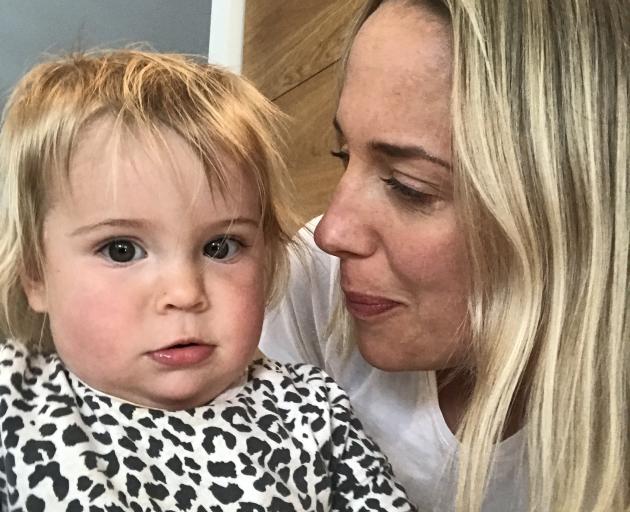 Worrying times for Wanaka mother Arna Craig and her daughter Ida (15 months), who has a heart condition and requires regular monitoring, checkups and future surgery. The nearest paediatric hospital is in Dunedin. Photo: Arna Craig
A Wanaka mother whose baby was born with a serious heart condition is joining the call for better health services in the Queenstown Lakes district.

Arna Craig's 15-month-old daughter Ida has a mechanical heart valve and is on blood-thinning medication.

Two weeks ago, Ida appeared to be suffering acute pain in her leg and, due to her medication, an X-ray was ordered to make sure there were no complications. 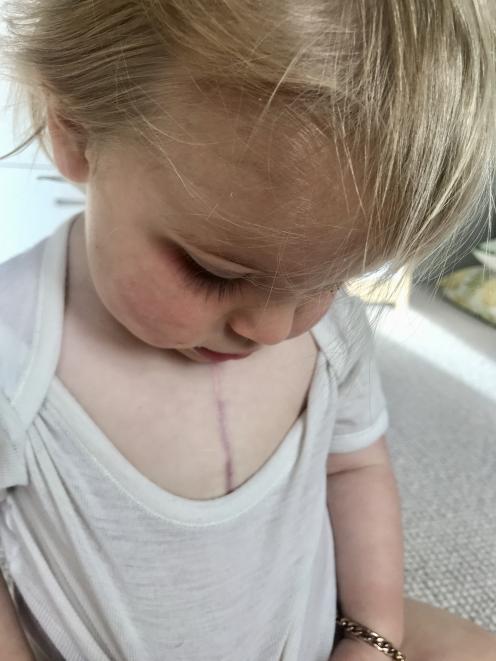 A zipper scar on her chest will forever remind Ida of her heart condition.
However, it was a Saturday so there was no on-call radiologist in Wanaka.

Mrs Craig, her husband Layton and son Henley (4) had to drive to Dunstan Hospital, wait for the on-call radiologist to arrive, have the X-ray taken and then drive back to Wanaka.

''We are at the mercy of our location. We are so isolated. I really feel given the growing population an on-call weekend radiology service is warranted here in Wanaka,'' Mrs Craig said.

Ida had been in heart failure since birth but had not displayed symptoms of heart disease such as turning blue or not sleeping.

It was only when a GP ordered a chest X-ray to diagnose a persistent cough in May that her enlarged heart was discovered.

''We have often said what would have happened if that GP had not ordered that X-ray.''

''There is no last surgery for her. She is on anticoagulant medication and has a mechanical mitral valve so she will need to be upsized as she grows, and even when she gets to adult size her valve will need to be monitored for wear and tear,'' Mrs Craig said.

Heart clinics are held at Dunedin Hospital but Mrs Craig said they had opted for Ida to have her check-ups at Starship Hospital in Auckland as there is a national assistance programme to cover flights and accommodation.

''By the time you get them down to Dunedin for a checkup after a three-hour car trip, they are wasted.

''For us it is easier to go over to Queenstown and fly to Auckland,'' she said.

''The recently established Central Lakes Locality Network [under the auspices of the SDHB's primary and community strategy] will be working on the issue of the provision of unplanned emergency care as part of its brief and will be examining the current and future needs for acute services across the Central Otago and Queenstown areas,'' Ms Gestro said.