The climber has been picked up off Mt Aspiring and is in a helicopter on its way to Dunedin Hospital.

''Bigger than Ben Hur'' is how the rescue operation to retrieve an Australian climber on Mt Aspiring was being described.

A fleet of helicopters is poised ready to retrieve the soldier trapped on the mountain since Tuesday and a second cliff rescue team from Mt Cook is deploying to help if necessary.

The Australian edition of the Daily Mail has named the climber as Lieutenant Terry Harch.

Senior Search and Rescue officer and Rescue Coordination Centre mission coordinator Neville Blakemore said Lt Harch's next-of-kin had arrived in the country and were waiting for him at Dunedin hospital.

"Police are handling that on our behalf."

He was in a "bit of pain" and his condition was "quite severe".

He has some frost bite in both feet.

The team could not really relax until everyone was off the mountain, and he thought helicopters would have to make a return trip to collect equipment.

Soldier On is delighted that Terry Harch has been found safe and well in New Zealand. Terry is an extraordinary Australian and his previous efforts to raise much needed funds for Soldier On by climbing Mount Cook will never be forgotten #safeandwell pic.twitter.com/lC6dyQcVx4— Soldier On (@SoldierOnAust) August 3, 2018

advantage of a brief break in the weather.

The wind was too strong to allow the helicopter to winch the climber off the mountain, but the rescue team with a paramedic managed to get onto the snow elsewhere and trek to the climber's location near Quarterdeck Pass.

There is heavy rain and low cloud in Wanaka today.

Rescue Co-ordination Centre New Zealand spokesman Neville Blackmore told the Otago Daily Times this morning the weather was improving only marginally and rescuers were still waiting for a ''window of opportunity''.

Mr Blackmore said rescue operation was "bigger than Ben Hur" the hope was to get a helicopter with a medic on board ''straight into this guy, lift him out and get him to hospital as quick as we can''.

There were another two Alpine Rescue Crew to collect from the nearby French Ridge hut.

Wanaka Landsar spokesman Phil Melchior told the ODT if a helicopter was unable to be used, then the rescue team on with the climber would assess whether or not it was possible to sled him down to French Ridge hut.

That would take several hours, he said.

''The sooner we can  get him out of there the happier everyone will be - especially him.'' 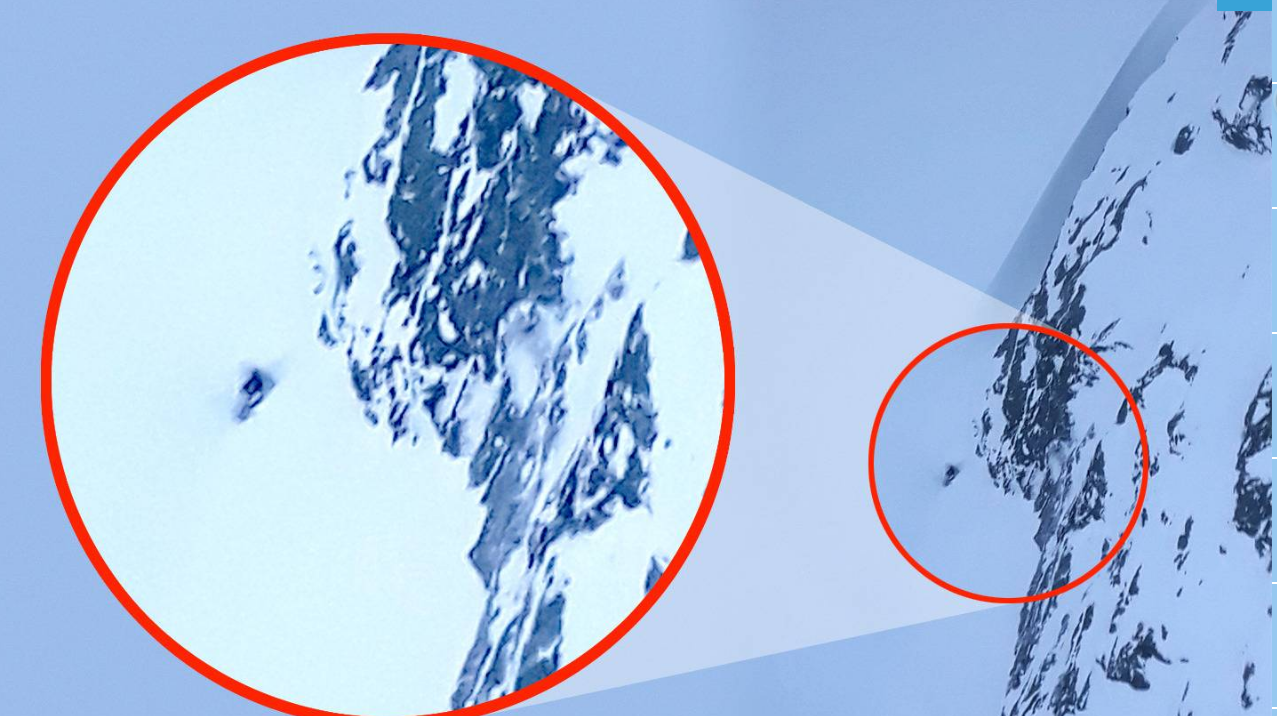 This photo taken from the rescue helicopter shows the climber trapped on Mt Aspiring. Photo: via NZ Herald

After two nights and three days trapped on Mt Aspiring in ''terrible weather'', the soldier was ''standing up and waving'' when two helicopters finally reached him late yesterday afternoon after bad weather hampered previous attempts.

While the man could not be lifted off the mountain last night, a Wanaka Alpine Cliff Rescue team and a paramedic were dropped half an hour's walk from the climber near Quarterdeck Pass.

“The climber has been sheltering for the past two nights at the pass and he has clearly made some good decisions to be able to survive the bad weather, heavy

South-east winds were expected to rise to 30km by noon. The wind chill was minus 16degC with scattered rain easing this morning. Snow was at 1200m and the party is currently at about 2300m up Mt Aspiring.

The rescue team left with the climber had provided warm clothing, tents, food and were well-equipped with emergency gear to keep the party dry and warm for what, is hoped to be, their last night on the mountain.

RCCNZ search and rescue mission co-ordinator Mike Roberts said last night when the rescuers reached the man they found he had ''slight frostbite'' but was in good spirits and was provided with "much needed hot food and drinks.''

Two helicopters reached the man during the first break in the weather since his emergency beacon was activated at midday on Tuesday.

''The pilots did an amazing job to fly in and out, despite the low cloud,'' Mr Roberts said.

Throughout yesterday, the mountain was being lashed by heavy rain, thunderstorms and strong winds, and it was not until 5pm the helicopters managed to reach him.

There had been ''grave concerns'' for the climber when it was found he had left most of his equipment in the French Ridge hut, and when his beacon did not move.

Hopes were revived on Wednesday afternoon when the beacon moved a short distance. It was also known the man knew how to build a snowcave.

Professional guide Whitney Thurlow said yesterday a snowcave was ''really the only option'' for the man to stay alive.

''The temperature warms up to about zero degrees, which isn't particularly cold compared to outside, plus the big thing is you're out of the wind.

He believed the poor conditions were likely to have played a part in the man's getting stuck.

''There's very big cliffs to the left and right of you and if you can't find it then you've got a big problem.

From his experience, Mr Thurlow said it was not a good time of year to be climbing the mountain.

''The ways to climb Mt Aspiring in winter all involve steep slopes which can be dangerous avalanche slopes. Typically, the avalanche danger is too high so most people don't climb at this time of year.''

A rescue centre spokesman said the man's experience should serve as a warning for trampers and climbers to be properly prepared and carry a beacon.

In all, the soldier has spent almost seven days on the mountain in sub-zero temperatures, in heavy snow and high winds.