Nasa investigating cause of balloon failure 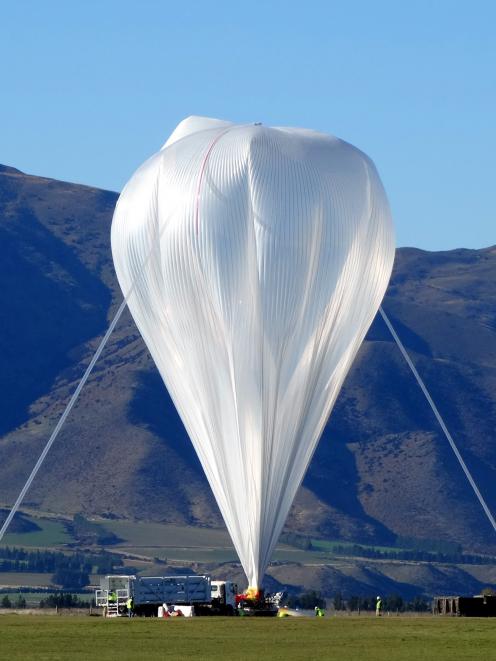 NASA is investigating what caused its super-pressure balloon to leak, leading to the sudden termination of the flight over the South Pacific ocean at the weekend.

The balloon was launched from Wanaka last month.

Nasa office of communications chief Jeremy Eggers said yesterday an investigative team had been formed to analyse the available data to see if a cause of the balloon's failure could be determined.

Any lessons learned would be applied to future flights.

Flight controllers at Nasa's Columbia Scientific Balloon Facility in Palestine, Texas, conducted a controlled flight termination of the balloon, which descended to the South Pacific Ocean about 322km south of Easter Island, on Saturday.

A leak in the balloon was suspected when scientists noticed it was experiencing significant altitude drops at night as the temperature dropped and regaining its predicted altitude during the day when the temperature rose.

Mr Eggers said flight controllers dropped ballast to try to manage the altitude loss during cold storms when atmospheric temperatures dropped to -50degC and below.

On the 11th day of flight the team was left with just 33.5kg of ballast and the balloon was still 3200km away from landfall in South America, he said.

``Facing a poor weather forecast that would lead to even lower altitudes with little ballast remaining, we chose to preemptively end the flight to ensure the greatest level of control and safety during descent.''

The open-ocean flight termination procedure made use of the two-tonne flight payload as an anchor to pull the entire balloon and everything attached to the bottom of the ocean as quickly as possible to minimise any environmental impact, he said.

The flight aimed to expand and consolidate the science behind super-pressure balloon technology. In its payload was the International Extreme Universe Space Observatory from which scientists observed from above ultra-high energy cosmic rays as they penetrated the Earth's atmosphere during the balloon's flight.

Flight controllers in Texas had hoped this year the balloon would break its previous flying record of 54 days flying at an altitude of about 33.2km.

Principal investigator (PI) of the EUSO project University of Chicago professor Angela Olinto said even though the flight was cut short, the team was confident the super-pressure balloon approach to observing the most energetic cosmic particles would pioneer a new understanding of those ``extreme phenomena''.

Deputy PI Colorado School of Mines Professor Lawrence Wieke, who was in Wanaka for the launch, said more than 60GB of data was downloaded from the balloon.

``We are looking forward to analysing the data and to another super-pressure balloon flight with Nasa.''

Nasa had yet to determine whether it would return to Wanaka for a fourth consecutive year to launch another balloon in 2018 or use its site in Sweden.

``But we have a long-term commitment for operations in Wanaka and will be back soon enough.''