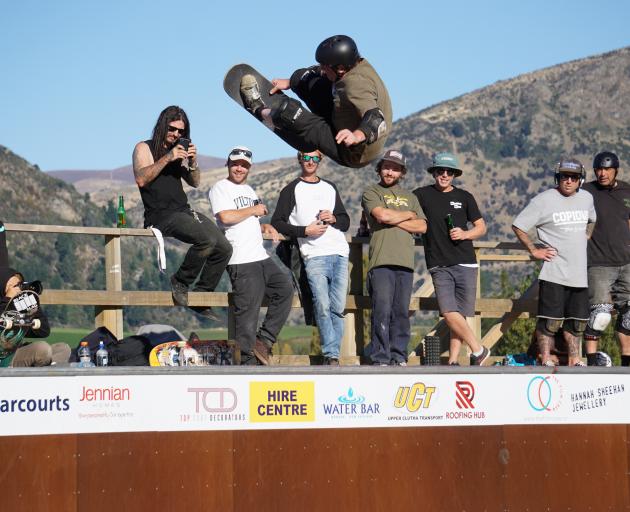 The New Zealand Vert Nationals had it all.

The skateboarding event on Saturday attracted over 500 people and 35 skaters from around the country to the backyard of Wanaka's Nick Fellows, the location of the largest vert ramp in the South Island.

The event, run by Skateboarding NZ, was organised at the last minute as a qualifier for the World Roller Games to be held in Barcelona in July, said president Ramon Thackwell.

"World Skate sprung it on us at the end of February that vert would be included in the games in July."

With just four weeks to prepare the event, Mr Thackwell said he chose Wanaka so it could be run without having to get consent from a council, as they would need at a public skate park.

Skateboarding is set to debut at next year's Tokyo Olympics, and while opinions within the skateboarding community were varied, Mr Thackwell said "overall it's a positive".

"Skateboarding now touches the wider community. I think that's the biggest outcome of being partnered with the Olympics, as it reaches a new audience."

Many of the skaters competing at the nationals on Saturday were as young as 12, and Mr Thackwell said he found their opportunities in the sport "incomprehensible".

"There's a wider set of possibilities available to the young kids coming through.

"These kids - they'll have different kinds of dreams and aspirations which is pretty cool and exciting."