Such speculation is gathering momentum as a major review of local government begins. 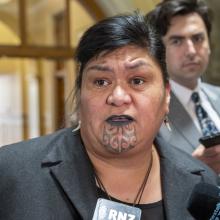 The review panel is due to produce its first report in September, a draft report for public consultation in September 2022 and a final report in April 2023.

One of the imponderables is what happens to councils, particularly small councils, if they are relieved of their current responsibilities for drinking water, wastewater and stormwater.

Former Central Otago mayor Malcolm Macpherson was willing recently to predict where the review might lead in the South.

He expected the Government wanted the same sort of centralisation as is occurring with district health boards and polytechnics.

"It’s not going to be a trivial tinker at the margins."

He saw the Central Otago District Council (CODC) as "uniquely at risk of boundary change" because of its geographical position.

"We almost certainly won’t be a district in 10 years."

Dr Macpherson believed there was a "strong case" for adjusting boundaries, driven by the economic growth in the west of the district around Cromwell.

"You can easily see how you could put Cromwell in Queenstown Lakes [district], you could put Maniototo with Dunedin, you could put the Teviot Valley [Roxburgh] with Clutha, and the really interesting question is what happens to Alexandra and the Vincent ward.

"I think there will be one or two less local authorities in the South."

Gore Mayor Tracy Hicks remembers the 1989 local government reorganisation when the Mataura and Gore Borough Councils and parts of the Southland County Council were amalgamated into the Gore District Council (GDC).

"It probably took the best part of 10 years to heal a lot of the wounds that had been inflicted."

Mr Hicks said he was pleased that this time, plenty of time was being allowed for the review, and he was looking forward to seeing the panel’s thoughts in its first report in September.

"I’d be really disappointed if there was amalgamation into larger blocks of councils because I think the further you take a government organisation away from the people it serves, services are going to decline," he said.

The GDC faced the prospect of a substantial staff reduction if it no longer had responsibility for water services.

"If you take anywhere up to a third of your capacity, staffing wise, out of an organisation, then you do need to rethink how you deliver services, and what those services might be."

If change was coming, Mr Hicks believed it should allow for councils to focus more on the wellbeing of communities, and adjust boundaries to better connect communities of interest.

The CODC was an amalgamation of seven, including the country’s smallest, the Naseby Borough Council.

Dr Macpherson said amalgamating all the Central Otago and Lakes councils was politically too difficult at that time.

However, he believed Central Otago was now increasingly orientated towards Queenstown where there was job growth and "big-box store" shopping.

"We are one economy.

"We share a lot of common interests — sporting, cultural and other stuff.

"It makes for really compelling sense."

This time round, he expected reform at national level was more likely, to overcome local, political opposition.

The word amalgamation does not appear in the review panel’s terms of reference.

Ms Mahuta told the Otago Daily Times the Government was "committed to a modern, robust and sustainable system of local government".

"I’m not going to speculate on what the review panel may or may not recommend or how the Government will respond to those recommendations," she said.

"What I will emphasise is that this is an independent review that will engage widely with the local government sector and beyond."

With this bunch in power it will more likely to be run from Wellington; forget local democracy, centralisation is the game.

Straight from the communist handbook

Centralisation has been happening since Rogernomics was introduced under Act Policies in the 1980's.The 1989 local body amalgamations occurred during this period.The creation of Auckland Super City occurred in 2009/10 under National.Dr MacPherson corrrectly predicts the future,and with the excessive immigration levels we have had over the past 30 years,the infrastructure has not kept pace,leading to funding issues too great for some councils to finance.

David, the old "this bunch" cliché is boorish. The alternative is "that other lot" and umm well, they are imploding, in case you haven't noticed.
Then there is the ACT party that made Auckland became one (Rodney Hide).
The correct name is not "super city" but Unitary Council. That is, they do both district & regional roles combined.
I worked in 1989 with the local body reforms and even back then we wanted more Unitary Councils. Gisborne and Nelson Marlborough were the only ones we could get approved.
In UK & Europe there are becoming more Unitary Councils. So I would say that this will happen here.
To have 4 councils in each of
Southland, Aoraki (Sth Canty), the West Coast, Northland.
5 in Hawkes Bay
6 in Canterbury (above the Rangitata) and also in the Bay of Plenty
is all too much for small rate bases. That alone would save 26 councils where much is duplicated.

Let's face it, the Auckland 'unitary council' is itself a disaster.

Please do not let Queenstown get hold of any more communities. The big thing going for Cromwell just now is that Queenstown does not manage it. Central Otago needs Alex and Cromwell not to be involved with Queesntown. Do not allow this to happen, if it does it is the death knell. Ask anyone in Wanaka or Lake Hawea.