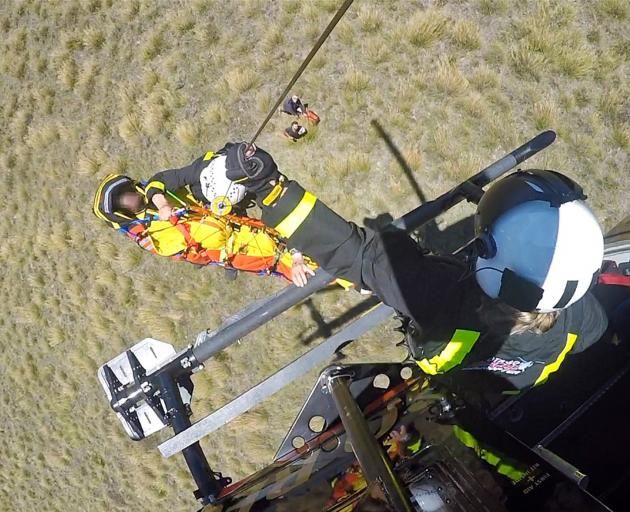 St John was called to the scene at 11.37am. A spokesman said the man, who was in his 30s, had landed heavily.

The spokesman would not give details on the man's injuries or how the incident happened.

He was transported to the Lakes District Hospital in Queenstown by the Otago Regional Rescue Helicopter.

''We were called over by the paramedics and went over and performed a straightforward winch job because we couldn't land beside him.

''We then transported him to the Lakes District Hospital in Queenstown.''

Mr Gale said the rescue spot was near the paragliding launching area on Treble Cone, not far from the access road to the skifield.

He could not recall what time his team arrived at the scene.

Police were notified of the incident but did not attend, a spokesman said.

Treble Cone skifield general manager Toby Arnott could not be reached for comment.

Paragliding accidents are common in the area.

Later that month, another local man was airlifted to hospital after suffering moderate back injuries when he crashed at Treble Cone.

In September, a ''speed rider'' (a combination of skiing and paragliding), crashed and suffered serious injuries at Cardrona Alpine Resort.