Parking a problem at popular hike 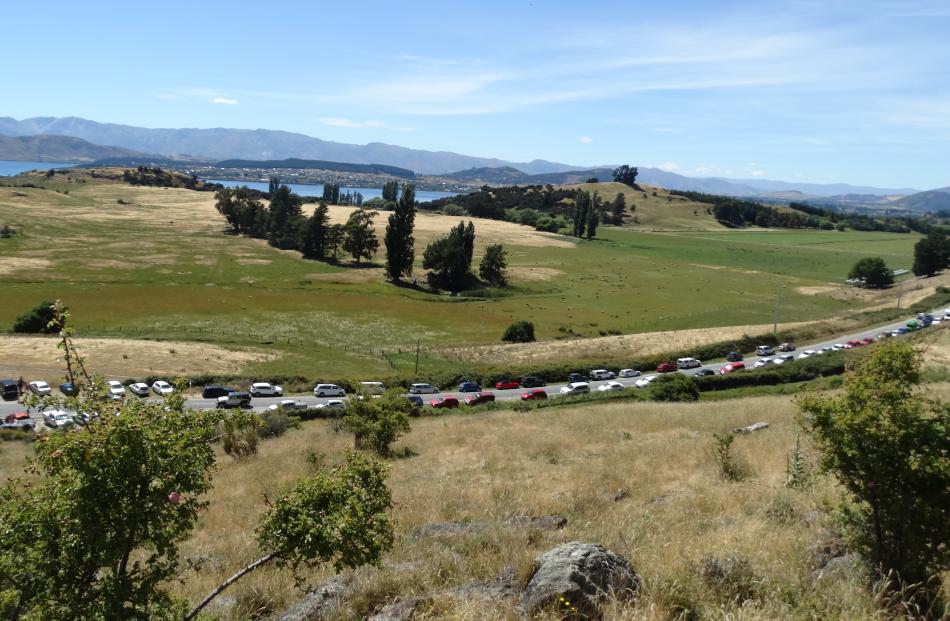 Cars parked along Mt Aspiring Road as both car parks were full for the start of Roys Peak track. Photos by Kerrie Waterworth. 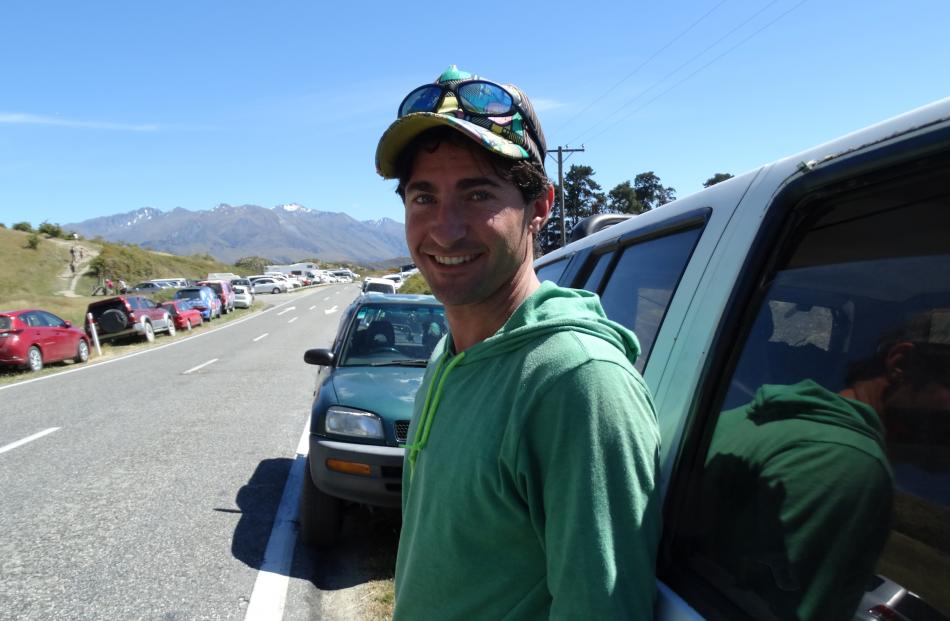 Jack Matthews, from the US, almost drove away due to lack of parking at the start of the Roys Peak track in Wanaka.

Parking issues at the start of the Roys Peak Track are continuing, despite a second temporary car park opening last month.

Department of Conservation senior ranger Annette Grieve said a staff member sent to count cars parked at the track yesterday counted more than 150 before stopping ''as there were too many''.

The parking issue arose last year after the hike to Roys Peak summit was heavily promoted on the Lake Wanaka tourism website and social media.

Doc subsequently bought land from the owners of the Alphaburn Station (the McRae family) and just before Christmas opened a second car park, doubling the size to 3600sq m.

Ms Grieve said the car park would be gravelled when Mt Aspiring Rd was widened but Doc had no plans or money to build another car park to meet the growing demand.

Queenstown Lakes District Council deputy mayor Calum McLeod said the council was working with Lake Wanaka Tourism to encourage hikers to ride a bike along the Waterfall Creek track to the Roys Peak car park instead of driving.

''If you build car parks then you're going to get more cars. We need to encourage other forms of transport.''

A council spokesman said a temporary 50kmh speed restriction had been put in place near the car parks to reduce traffic and pedestrian congestion.

He said the upgrade of the car park and the entrances was expected to be completed by March or April.

Hikers Emma Buckner (27) and James Spooner (29), both from Dunedin, said they checked on the internet to make sure Roys Peak hike had a car park but in the end ''had to park on the side of the road like the other cars''.

Hiker Jack Matthews, from the United States, said when he saw the cars parked on the side of the road it was ''nearly enough to make him change his mind and do a different hike''.

Mr McLeod said ''Roys Peak has become a victim of our own marketing success, but we also have to remember it's peak tourist time and you can't build car parks just to cater for that short period.''