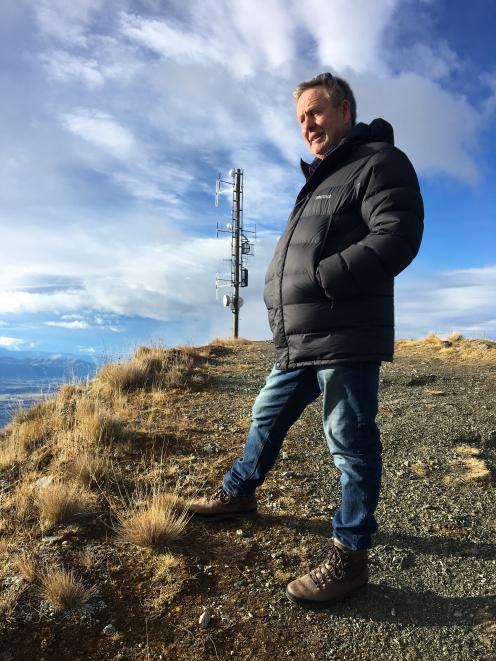 Upper Clutha Radio Telephone Users Association chairman Ian Brown is looking to hand over "his baby".
Redundancy is not usually regarded as a good thing, but it is when you are talking about a 5km electricity cable running up the side of Mt Roy, above Wanaka.

The cable was installed in the late 1970s to power the radio communication repeater used by about 80 operators across the Upper Clutha.

But, it was frequently damaged by fire, earthquake and lightning strikes.

Chairman of the Upper Clutha Radio Telephone Users Association Ian Brown said his organisation had been spending $30,000 to $40,000 a year on maintenance.

"That's gone down to maybe a thousand dollars, or less."

Mr Brown said that saving had been achieved thanks to $300,000 of new equipment installed at the top of the mountain, making the cable no longer necessary.

On Saturday, representatives from the organisations that raised the money or provided the money were given a first-hand look at how it was spent.

The most obvious improvement was a bank of solar panels, which are providing more power than needed for radio systems that are critical for search and rescue and civil defence and are also used by government organisations and private companies.

There is also a backup diesel generator.

Mr Brown said he had been the association's chairman for the past six years and had treated the modernisation of the repeater station as "his baby", but was now preparing to hand over to someone else.