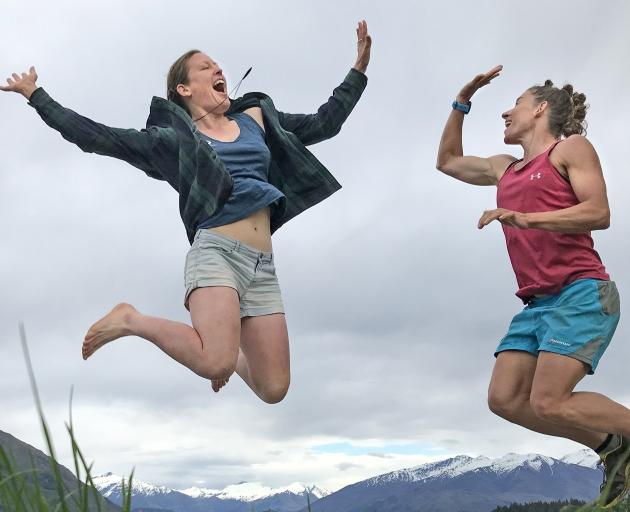 ‘‘People will see a whole new dynamic on the course.’’

Her comments had Wilson in stitches of laughter.

Ms Maier said she and Ms Wilson had been friends for ‘‘far too long’’.

Wilson thought it could have been about 10 years. They agreed they probably met at a race in Dunedin.

‘‘It is not a long time in the grand scheme of things but we have been through a lot,’’ Wilson admitted.

One very big reason the women are racing on Saturday is to test themselves in the outdoors, connect with nature and see what they can achieve.

‘‘It is not about how far or how fast you go but it’s about capturing that intrinsic connection ... It is about being a better person. Racing is about that curiosity, to push yourself a bit more,’’ Wilson said.

They also wanted to thank the event organisers when the constantly changing Covid-19 situation meant no-one could be certain a long-planned goal could go ahead.

The Challenge Multi is a race for teams and individuals but spectators are banned.

It starts on Saturday at 8am and comprises a 25km kayak on Lake Wanaka and the Clutha River, a 45km mountain bike ride and a 12km trail run from Albert Town back to the start.

Covid-19 measures included splitting the field with staggered start times and different transitions and finish lines for individuals and teams.

Coast to Coast champion Maier is defending her win from last year’s inaugural Challenge Multi. Twenty-five women and 77 men racing as individuals. There are 36 teams of two or three athletes.