A Wanaka midwives support group have rejected Southern DHB's claims a woman who gave birth on an office floor had access to a procedure room in a medical centre next door.

The DHB's chief executive Chris Fleming told Checkpoint tonight the woman would have had access to an interim maternity hub in the building, but the midwives say the medical centre was closed and it was too late to move her without a stretcher.

Kristi James, who gave birth to her son Makai last Thursday, had planned to have her second child at Dunedin Hospital but went into early labour. Ms James said professionals had told her Dunedin was the safest place to be.

"Once I realised it was all happening so quickly, I did panic a little bit and start thinking 'what's going to happen? What if I do need to see a doctor or have another c-section?' 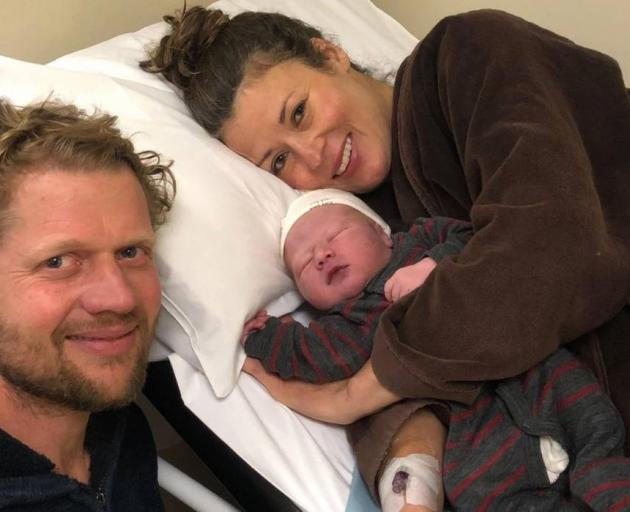 Newborn Makai Taylor James with mother Kristi James and father Mick Coonrod. PHOTO: SUPPLIED
She said she ran through all the worst-case scenarios in her head.

As soon as I turned up at the midwives' office, I looked at them and just said 'what am I going to do'?"

Ms James said they were "really lucky" that they didn't have any complications.

"If we'd had at least a space that wasn't just an office - that had a dedicated area to be able to deliver a baby ... then it would've been a much better scenario."

The office birth follows a roadside delivery in an ambulance near Lumsden after another woman did not make it to hospital in time.

Ms James campaigned for better maternity services in the region during her pregnancy, and said the maternal hub still was not up and running.

"The DHB's been promising this maternal hub for I don't even know how long now, it's gone on for months and they still haven't delivered on it.

"Now it needs to change. It's gone too far, and it's gone on way too long. There's no excuses anymore. 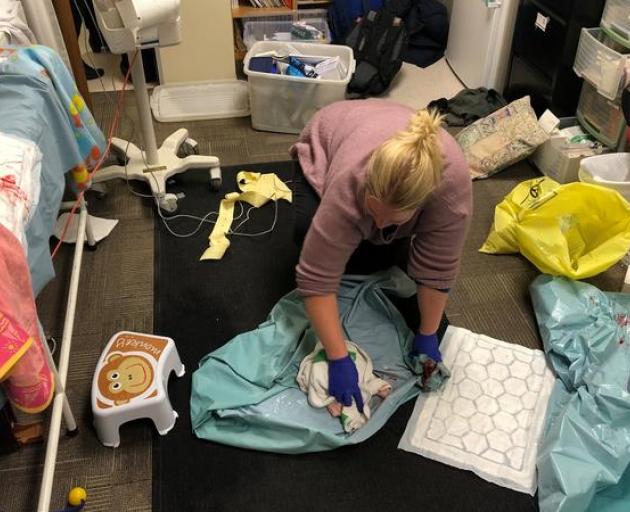 Southern DHB chief executive Chris Fleming said there was an interim maternity hub in the building she gave birth in - a medical centre - and Ms James would have had access to it.

"There was a procedure room immediately available with all the necessary emergency equipment for a primary birth that was available just around the corner in the same facility," Mr Fleming said.

"We have an agreement with the Wanaka Medical Centre, we've got specific access to the procedure room which has all the necessary safety equipment for primary birth.

However, the Save Our Wanaka Midwives group responded to Mr Fleming's statements saying there was no hub in place and Ms James and her midwife did not have access to a separate procedure room.

"The medical centre was closed at 4am, and there was no way Kristi could be moved at that point, even if we did have time or stretcher," her midwife told the group.

"Chris Fleming's statements were not only incorrect, but also show a gross misunderstanding of the true state of maternity care in SDHB. As Kristi said, it is not good enough," the group said. 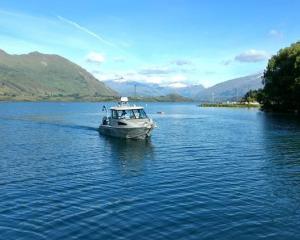 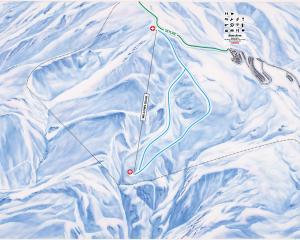 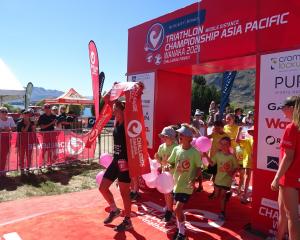 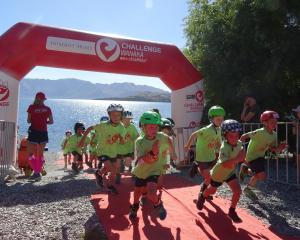 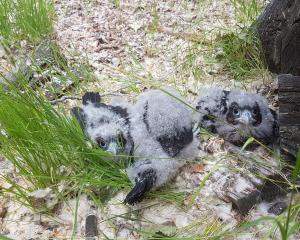 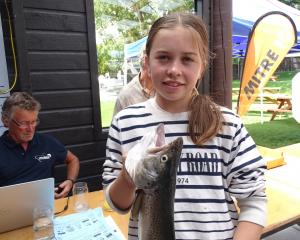