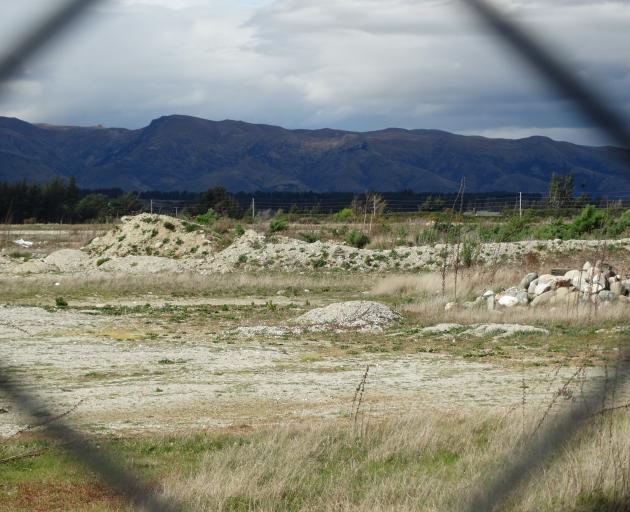 A section of the Queenstown Lakes District Council's proposed district plan suggests the 20ha of land in Ballantyne Rd become an ''active sport and recreation'' zone.

The site was used for sewage treatment until 2009 and is on the Ministry for the Environment's ''hazardous activities and industries list''.

A 2005 Ministry of Works report referred to the site containing ''various metals'' such as copper, lead, chromium and zinc, as well as ''harmless and pathogenic bacteria''.

A council spokesman said this week ways of dealing with the soil contamination had been investigated.

''An expert report on options including application of pond dredgings to land and disposal to landfill has been prepared.''

The council bought the land for the oxidation ponds from former Wanaka resident Angus Gordon, using the Public Works Act.

Mr Gordon described it this week as a ''polluted, filthy piece of land'' and he believed dust from the site had affected the health of a previous neighbour.

''And since we left, our health has been a hell of a lot better, too.''

He believed the council could be required to offer the land back to him, if its use was changed.

''It was taken purely for the purpose of oxidation ponds.''

In 2009, the council changed the site's zoning to allow it to be used for ''yard-based industry and mixed business''.

A council spokesman said this week if the site was used for industrial and mixed business purposes that ''could trigger a requirement to offer the land to the original owner''.

''This could mean council being required to release ownership.''

However, the Minister of Lands could approve it being used for a recreation reserve.

The land adjoins the new Three Parks subdivision, and developer Allan Dippie said this week it was ''far-sighted'' of the council to propose the new recreation area, which could be linked by walking and cycling tracks to the Wanaka Recreation Centre and the town's new primary school.

''I think this is a great idea; it's going to be a great legacy for Wanaka.

He did not consider the contaminants were a major issue.

And Mr Dippie said it was a ''reasonably good mix of use'' having industrial land on three sides of the proposed recreation land because it would reduce ''reverse sensitivity'' issues.

''I think it would fit in really well.''

But developer Paul Miller was concerned at the loss to Wanaka of a large industrial area of land when there was already a shortage.

He believed having a recreation area in an industrial area was not a good fit.

A council report noted there had been ''limited'' public consultation.

The public has until November 18 to make submissions on the rezoning of the land and other land around it.