Submission lodged despite 'not fit for purpose' code 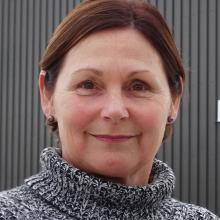 Bronwyn Coers
Despite a nationwide call to boycott the Advertising Standards Authority review of its alcohol advertising and promotion code, the Wanaka Alcohol Group has lodged a submission saying the town's youth were more exposed to alcohol than other towns and the current code was "not fit for purpose".

Health Coalition Aotearoa spokeswoman Prof Sally Casswell, of the College of Health's SHORE and Whariki Research Centre at Massey University, said more than 20 organisations and 70 individuals had joined the boycott and agreed not to lodge a submission to the review, which closed this week.

Prof Casswell said the support for the boycott illustrated concern over the way successive governments had ignored their responsibility to protect wellbeing and reduce alcohol harm by allowing virtually unrestricted alcohol marketing in New Zealand.

The Advertising Standards Authority (ASA) was a body which represented the interests of the advertising industry, broadcasters and the alcohol industry and the code review "would do nothing", she said.

Wanaka Alcohol Group spokeswoman Bronwyn Coers said the group lodged its submission on Wednesday, "as the ASA review only happened every few years".

Ms Coers said young people and the vulnerable in Wanaka were more exposed to alcohol and its consumption than other New Zealand towns because Wanaka was a popular tourist destination.

The group recommended 12 changes to the code, including prohibiting alcohol advertisements and alcohol sponsorship advertisements from being broadcast, streamed or otherwise delivered on all forms of media between 5am and 10pm.

The Wanaka Alcohol Group recently conducted a survey of parents of Mt Aspiring College pupils and more than a quarter of the respondents said they had experienced pressure from society and their own teenagers to supply alcohol.

Ms Coers said these preliminary survey results had prompted the group to organise a public talk by University of Otago psychologist Dr Damian Scarf at the Lake Wanaka Centre on Tuesday, September 10.

Topics to be discussed included the challenges of peer pressure, self-esteem, social media, alcohol and other drugs, as well as the effect of alcohol on brain development.