By Jared Morgan
0 Comments
Twenty thousand wheels, a 24,000-strong crowd across three days, all contained on 24ha — this year’s Wheels at Wanaka was big on scope and outcome.

A sister to the two-yearly Warbirds Over Wanaka International Airshow and held at Three Parks, this year’s numbers through the gate doubled the 12,000 recorded when it was last held in 2019. 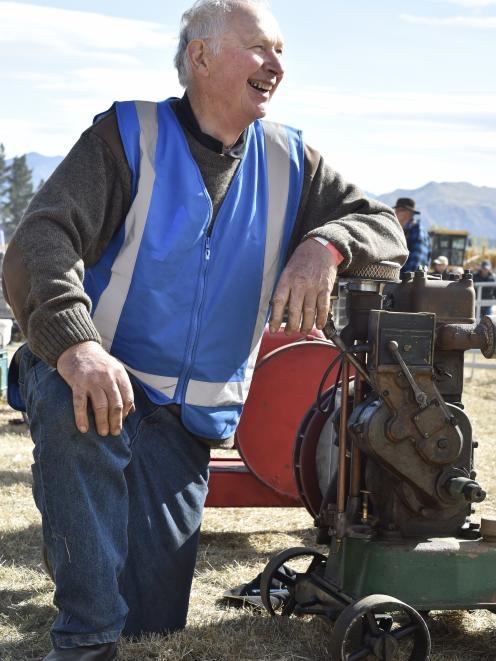 Alan Garden, of Miller’s Flat, with his 1925 Californian-made Bean 4hp stationary engine at Wheels at Wanaka on Saturday. PHOTO: GREGOR RICHARDSON
Wheels at Wanaka media co-ordinator Annabel Roy said the highlight for organisers was the support received from people across New Zealand who rallied to the call to bring their wheels.

Tagged as a "is a history-in-motion show", the event included a vintage fair of steam, traction and stationary engines, tractors and farming heritage, cars, motorcycles and trucks — vintage, classics and exotics, earthmovers, and heavy machinery.

The biggest show of its kind in Australasia, the show also boasted tractor dancing and pulling, 4WD, motor bike, and rally car displays, an earthmoving pit extravaganza and a parade ground programme on both Saturday and yesterday. 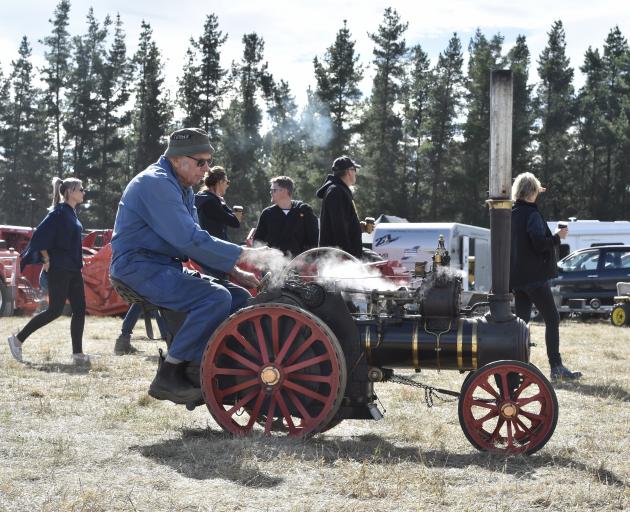 Clive Lintern, from Taranaki, takes a borrowed scale model traction engine for a burn at Wheels at Wanaka on Saturday. PHOTO: GREGOR RICHARDSON

Part of that parade included a tribute to the hardy Land Rover, with the 2020 Historic Motoring Awards UK Car of the Year, "the Oxford" alongside more than 140 other Land Rovers and Range Rovers parking in the middle of the parade ground on both days.

Ms Roy said as a charitable trust, funds raised this year would primarily go to Heart Kids. The total amount was yet to be tallied.

Millers Flat man Alan Garden was going nowhere at the event — nor were his engines. 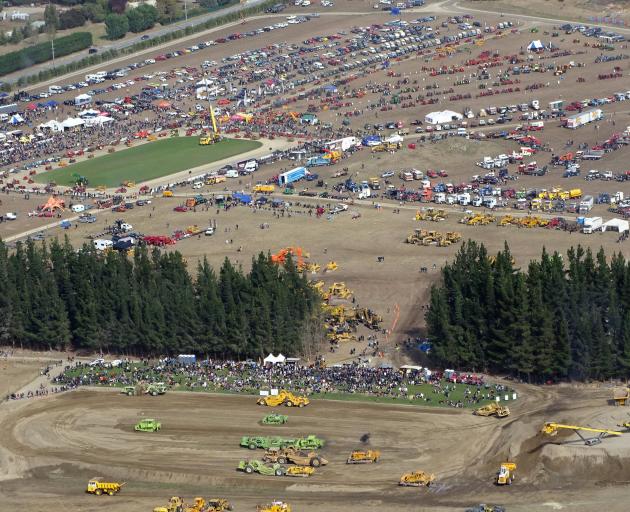 The view from Mt Iron of the Wheels at Wanaka event at Three Parks. PHOTO: KERRIE WATERWORTH
They made all the right noises, belched smoke and fumes, but stayed firmly put.

In one corner of the sprawling site off Sir Tim Wallis Dr, more than 50 stationary engines stood their ground as their flywheels spun.

A member of the West Otago Vintage Club, Mr Garden said 20 of the engines on display were his, part of a personal collection he had along with vintage tractors.

His most recent project was a 1912 English-made Hornsby 3hp stationary engine.

Brought to New Zealand in June that same year, it powered a milking shed on a dairy farm near Invercargill for its working life. 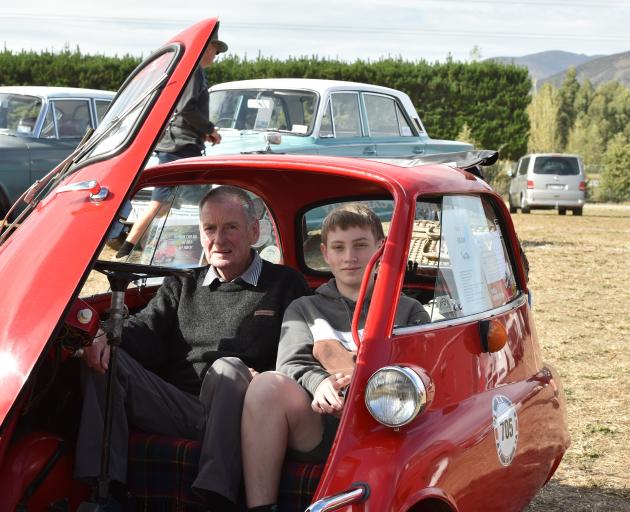 Alistair Lobb and his grandson James Alexander (15), both of Ashburton, in Mr Lobb’s 1957 BMW Isetta bubble car. PHOTO: GREGOR RICHARDSON
It was only the second time the machine had been publicly displayed, Mr Garden said.

Another in his collection was a 1925 4hp engine manufactured by the San Jose, California-based Bean Spray Pump Company. Only 6000 were made and his bears the serial number 3656.

While the machines lacked the glamour of their rolling counterparts, they made up for it in terms of engineering ingenuity and horse power, and were an integral part of New Zealand’s early rural heritage, Mr Garden said.